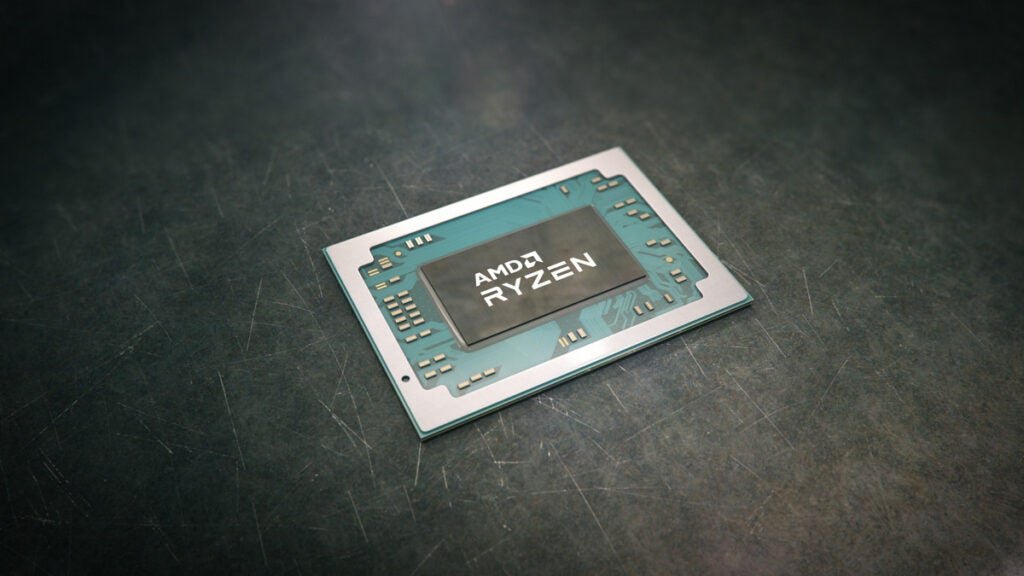 In fact, AMD suggests the new Ryzen 7 5825C Chromebook processor is up to 7% faster than the Intel i7-1185G7 chip for web browsing performance, and 25% speedier for multitasking performance.

While we must take AMD’s own findings with a pinch of salt, this is still nevertheless impressive considering Chromebooks have long lagged behind Windows laptops for performance power.

The top of the range Ryzen 7 5825C processor is the world’s first 8-core high-performance x86 processor for Chromebooks, while the Ryzen 5000 C-Series will be based upon the Zen 3 architecture – the same architecture that’s currently being used with Ryzen 5000 processors for Windows portables.

The move to Zen 3 architecture has seemingly given the Chromebook CPUs a huge performance boost, with AMD claiming the Ryzen 7 5825C is now up to 67% faster at web browsing when compared to the Ryzen 7 3700C CPU from the preceding generation.

It’s not just the performance that’s seeing an improvement, as AMD also says battery life will be up to 94% better than the competition. For this figure, AMD compared the new Ryzen 5 5625C chip with the Intel Core i5-1135G7.

Apparently Chromebooks with a Ryzen 5000 C-Series CPU will be able to last up to 13 hours before requiring a recharge. Such Chromebooks will also support fast charging and instant wake from sleep state.

The HP Elite C645 G2 Chromebook looks to be one of the very first laptops to hit the market with the new AMD processor, with a Q2 2022 launch. The Acer Chromebook Spin 514 is expected to follow in Q3 2022 too. Prices for these upcoming laptops haven’t been confirmed so far, although we’ll update this article as soon as we hear more.