AMD Ryzen 5 5600X vs Ryzen 7 5700X, which is better? When shopping for a new CPU it’s important to look for one that suits your needs – whether that’s video editing, heavy rendering or rigorous gameplay, there’s a CPU out there for you. We’re going to take a look at the 5600X vs 3700X to see how they stack up against each other, both on paper and in terms of performance. 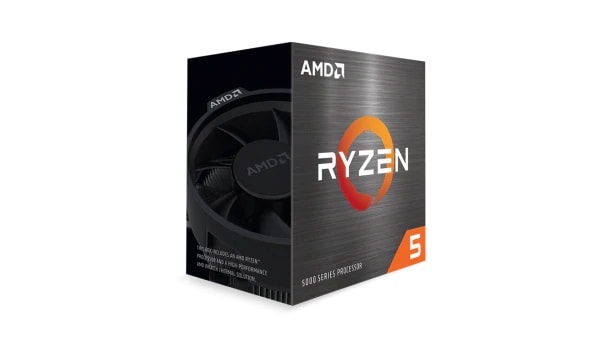 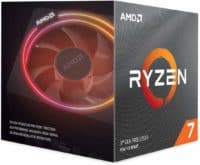 Solid for gaming and excellent for multi tasking

Whenever we’re comparing two components, it’s important to outline the specifications of each to determine how good they are and look at them both comparatively. Some examples of CPU specifications would be core count, thread count and core speed.

The Ryzen 5 5600X is the top-of-the-line Ryzen 5 CPU and has been powering mid-level gaming machines since its release on November 5 2020. This CPU is a top performer, smashing its predecessor the Ryzen 5 3600X in bang for buck and performance.

The specifications of the Ryzen 5 5600X are as follows:

The Ryzen 7 3700X was one of the top contenders for best CPU, back when it was released on July 7 2019. It’s still an amazingly capable CPU boasting eight speedy cores, despite belonging to an older generation.

Here we will analyse the performance and on-paper specifications of both the Ryzen 5 5600X and the Ryzen 7 3700X. This will help you make an informed decision when comparing the two CPUs.

Core count is important for a couple of reasons, but above all else it’s important for multitasking. A higher core count means your PC is better equipped to multitask natively. However, it all depends if the program you’re using supports multi-core usage. Most programs in this day and age do, however, some more than others.

If you’re a gamer, then chances are your game is only utilizing six cores at the very maximum. If you’re a content creator, however, applications start leveraging more cores making the need for them more prevalent.

More cores is always a good thing to have, but how useful those extra cores are is situational.

Thread count is very similar to core count in the sense that more is better. Threads are a little different compared to cores but mostly perform the same action. Threads refer to the process of multithreading and is where a single CPU core is able to process two instructions simultaneously, as opposed to one. This implementation doubles the amount of effective logical processors a CPU has.

If you’d like to take a deeper dive into what multithreading is, we have a ‘what is SMT’ article available.

Clock speed or ‘core speed’ is how many times a CPU can complete this cycle per second. As a general rule, more is better, aswith most things. Not all clock speeds were created equally, however, as another variable named IPC comes into the mix. IPC is complicated, it stands for instructions per cycle and is dependent on the number of transistors a CPU has. If you’re interested at all in IPC, we have a section on it in our 5800X vs 5800X3D article.

Both CPUs on our list have the same cache capacity. But the 3900X has slightly higher L1 and L2 capacities to accommodate for the larger number of cores.

Cache serves as an extension of your PC’s memory and is constructed close to CPU cores for blisteringly fast access speeds. Cache in today’s CPUs is made up of three levels and is arranged in numerical order.

The cache levels and order is as follows:

Level one cache is closest to CPU cores as the information stored on it is vital to system operation and needs to be accessed quickly. It’s also the lowest capacity cache, as a larger cache size impedes speed.

Level two cache is a middle ground between the two, having median capacity and speed. The information stored upon it is less vital than on level one but would still benefit from snappy access speeds.

Level three is the slowest speed but also the largest capacity. This is where file extensions are stored for your own frequently used programs, to make accessing the programs you use the most faster.

Both CPUs have the same 65W TDP.

It may seem in this 5600X vs 3700X ar both CPUs are equally powerful at first glance but this isn’t the case.

The 5600X has fewer cores but outputs the same TDP, so it’s safe to say that these cores pack a little more punch than those of the 3700X.

What is TDP exactly? TDP stands for thermal design power. It is the maximum thermal energy output of a component under normal operating conditions. Usually, we would say a lower TDP would be better and that is true to a point, but more powerful CPUs require more energy and then eventually convert that larger energy requirement into heat.

Overclocking adds a huge thermal demand, and drives TDP up exponentially due to the presence of higher voltages, and the CPU operating outside of normal operating conditions.

Both of the CPUs on our list fit the AM4 socket.

Your CPU’s socket can be thought of as like a shape, where the CPU will only fit in a motherboard with a corresponding socket – much like a triangle will only fit into a triangular hole. Not just that, but a socket also supports certain technologies, and a more up-to-date socket may better suit a newer CPU.

AMD has kept AM4 alive for about five years now and although it’s very reliable, robust and well refined, it’s starting to show its age. Its technical limitations become more apparent as new AM5 details hit the web.

With the release of AM5 and Zen 4 scheduled for some time after Q2 2022, it’s easy to pick up a deal or two on some of the older 3000 series CPUs. It’s always best to pick something that fits within your budget, and if you don’t do any heavy rendering, you don’t work on any video editing applications, and only plan on gaming then you should be looking at the Ryzen 5 5600X.

If you’re the opposite, you work on large video render or workstation style projects then you are better off with the superior number of cores the Ryzen 7 3700X offers.

Both CPUs on the list can be found for a great deal in some places on the internet.

For this price difference, we’d recommend picking up the more powerful CPU, which in terms of price to performance will be the 5800X. Normally we’d analyse the cost per core and determine which CPU offers more for the money, but since the two CPUs belong to different generations and have large variations in core performance that test will be a little on the unfair side… but just for fun and because we like math.

The 3700X is obviously the better value for money right? Not exactly, since it’s an older, slower CPU, you’re better off investing in the faster 5800X if it fits your use case.

Solid for gaming and excellent for multi tasking

Whether you’re looking for a CPU to breeze through Elden Ring or a CPU to crunch the numbers in a high-end workstation PC. one of these CPUs will fit the bill.

If you need a higher core count at the cost of some core speed, for video rendering or encoding, the 3700X should suit you perfectly. However, if you need a gaming CPU to beat them all in terms of efficiency and price per performance, it’s the 5600X for you.

It’s always important to operate within your budget and consider your use case when purchasing a CPU. This article should have given you all the information you need to make the perfect purchase. this was our article on the 5600x vs 3700x.

190GB of data stolen and published

Everything you need to know about the PSVR2