AP accused of profiting from suffering, cancels sale of NFT showing migrants on a boat 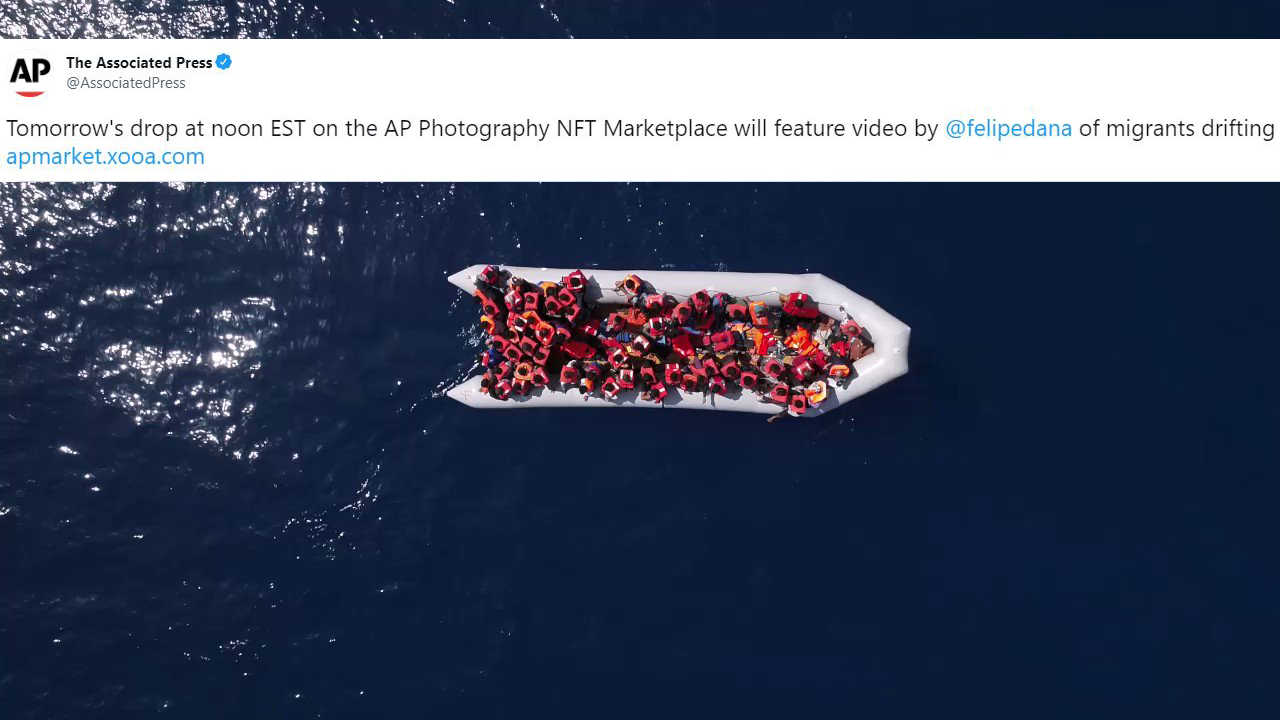 Earlier this year, the Associated Press (AP) joined the NFT craze with its own marketplace. But, a recent video clip offered in the marketplace caused so many negative reactions that AP decided to cancel the sale.

The video shows migrants in an overcrowded boat in the Mediterranean. After posting the NFT for sale, the AP came under fire over “profiting from suffering.”

The AP’s NFT marketplace is powered by blockchain provider Xooa. Among the images you can find there, there are some Pulitzer Prize-winning photos, as well as videos taken by AP photojournalists. The price of a single NFT varies, and they have been sold for between $219 and $1,799.

The video clip that caused a fierce backlash was taken by photographer Felipe Dana. In a now-deleted tweet, the AP announced the NFT’s “drop” for 25 February. Not surprisingly, the announcement was met with criticism from other Twitter users. So much criticism, that AP deleted its original tweet, canceled the NFT sale, and issued a sort of an apology.

The Associated Press has deleted a tweet advertising an NFT that sure looked a whole lot like an attempt to make money off the plight of desperate migrants. https://t.co/mZXu8r6rhe 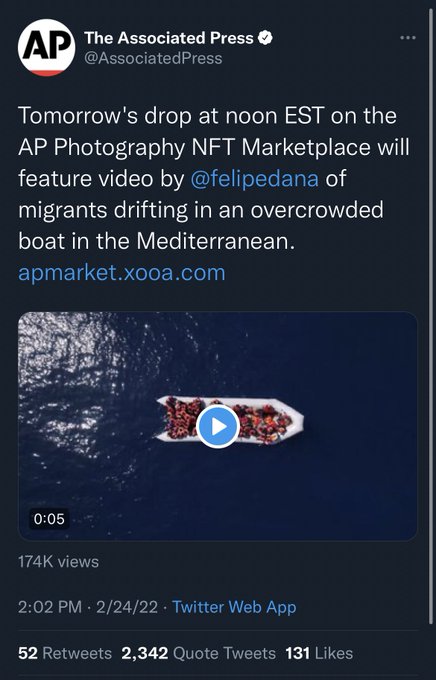 @AssociatedPress I spent 5 years of my life working in wire service photography with The AP & another 7 years elsewhere.
That was the worst blunder I’ve ever seen.
Horst Faas would be fuming at that tasteless & tactless error.
You’ve abandoned AP’s legendary ethics in this dash for cash in NFTs. https://t.co/xXXNqSiFxu 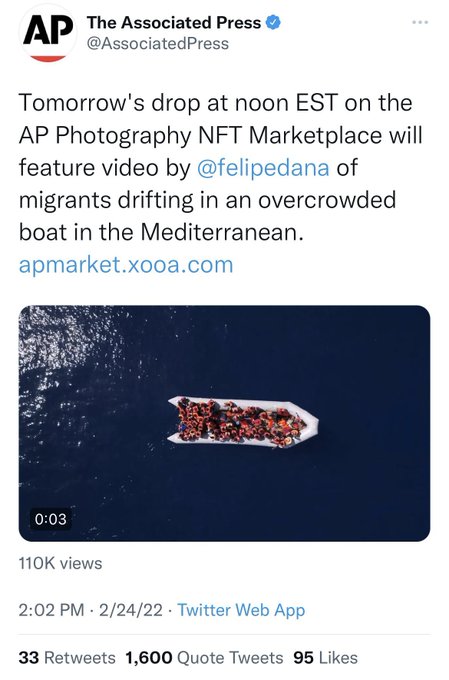 Shortly after announcing the controversial NFT, the AP tweeted that it “was a poor choice of imagery for an NFT” and that “it has not and will not be put up for auction.”

“AP’s NFT marketplace is a pilot program, and we are immediately reviewing our efforts. As a not-for-profit, AP’s mission is to inform the world with accurate, unbiased journalism. That remains our primary focus.”

(1 of 1)
We deleted an earlier tweet promoting an upcoming NFT auction. This was a poor choice of imagery for an NFT. It has not and will not be put up for auction.

Later on, journalist Tony Webster tweeted that the AP director in the AP’s public Discord forum would be there all night to answer any questions about the NFT in question. He asked some questions himself and tweeted the replies. However, looks like AP didn’t like some of the questions, as Tony says he got banned. Journalist and tech writer Eric Ravenscraft claims that he also got banned from the discussion. And when you visit the Discord link now, it appears that it doesn’t exist anymore.

@AP @AssociatedPress It seems I have now been banned from this Discord server. It’s been removed from my server lists and the previous invite link I used is no longer valid.
I have not said anything inside this server. https://t.co/divn2u6c6y 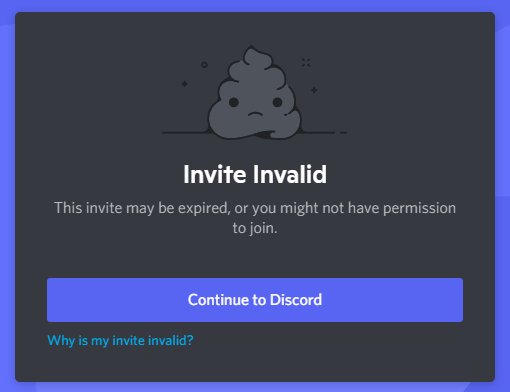 At the moment of writing this, the AP hasn’t issued any other statement regarding the controversial NFT or the unavailability of its Discord channel.

Horizon Forbidden West: The Valley of the Fallen Guide

iPhone SE 3 to Be Priced Under Rs. 30,000 in India? Here's What's Actually Likely to Happen