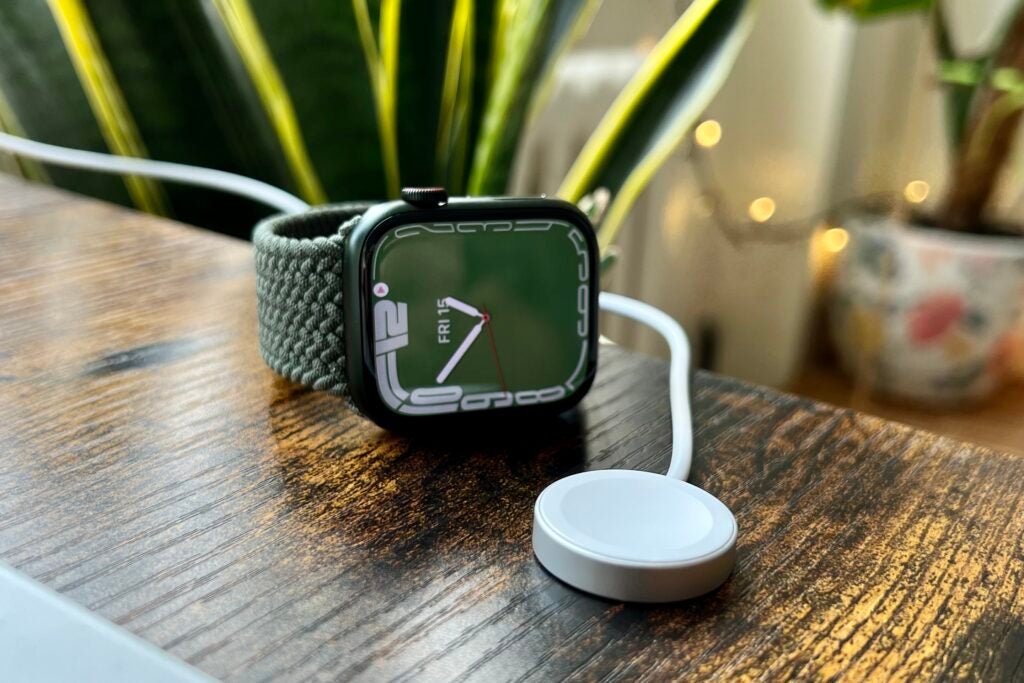 Owners of the Apple Watch Series 7 are complaining its fast charging capabilities have been significantly diminished following a recent software update.

The watchOS 8.5 update, which dropped earlier this month, is copping the flak from wearers of Apple’s newest smartwatch has an advertised fast charging speed of 0-80% in 45 minutes with the new USB-C cable bundled-in with the device (pictured).

However, since updating the wearable to watchOS 8.5, many users have descended upon Apple’s support forums and beyond to report poor charging performance. Some say their devices are charging around half as fast as previously, with others saying the Series 7 is only charging by a miserly 5% in 15-20 minutes.

To begin with it appeared the issue was confined to the third-party Belkin 3-in-1 BoostCharge Pro charger, designed for this purpose, but users are also reporting experiencing the problem with the official Apple fast charging accessory too.

In our review, our own Max Parker said the fast charging went a little way to offsetting the traditionally poor battery life of the Apple Watch, which is still advertised at around 18 hours.

He wrote: “In use, the new cable and the charging speed improvements are very much welcome. A full charge takes 60 minutes and a 10 minute charge took me from 0-17% – that’s more than enough juice to track a night of sleep. I can then charge it up fully in the morning while I have a shower or have some breakfast. A charge from 10-90% took under 40 minutes.”

9to5Mac says it has been able to verify this issue independently, although Apple is yet to comment beyond some procedural tips on its support forums.

The complaints come after iPhone users complained iOS 15.4 was leading to rapid battery drain on their handsets. Apple responded to those users by claiming increased battery drain is normal for a few days after the update while the device recalibrates for the new features and backend settings.