Tomorrow, on March 30, Xiaomi’s ex-brand will release a new-gen gaming smartphone series, namely the Black Shark 5. There will be two models – the vanilla version as well as Black Shark 5 Pro. The latter is going to be one of the most powerful smartphones on the planet. Today, the company continued promoting this phone, saying that the handset had managed to score 1,129,716 points in AnTuTu. In other words, it has no rivals in this benchmark platform. 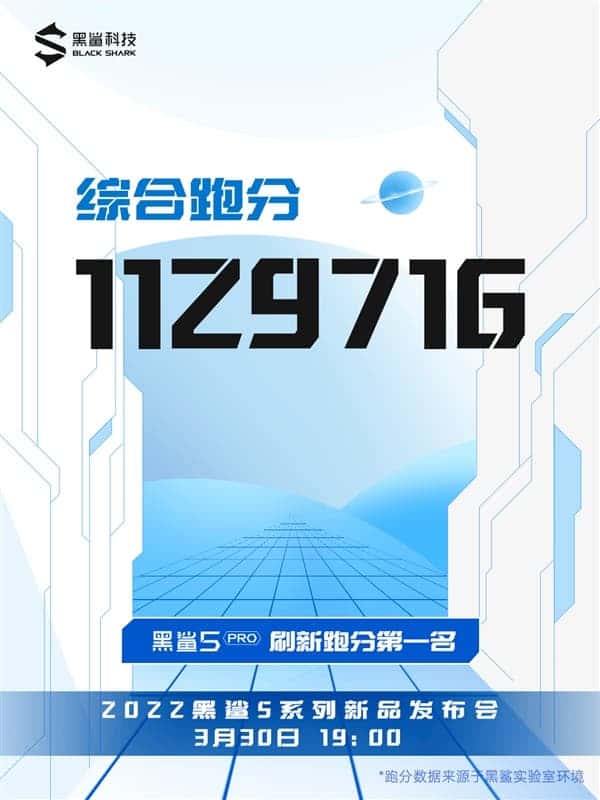 Prior to this, when introducing its key specs, we said that the base version of the Black Shark 5 series will sport the Snapdragon 870 chip. This is a pseudo-flagship mobile processor, which inherits many parameters from the higher model but costs way less.

However, we are more interested in the Black Shark 5 Pro smartphone. This one will come with the Snapdragon 8 Gen 1 flagship SoC. It is considered to be the most powerful mobile chip in the Android camp. Previously, there have been many models launched with this chip onboard. But it seems the upcoming gaming smartphone will beat them all.

In addition, the Black Shark 5 Pro ought to come with a custom NVME solid-state drive SSD. This phone is going to be the first in the industry to introduce a disk array solution and bring the PC-side SSD solid-state drive to the mobile phone. We expect the phone to have a revolutionary speed increase.

As for the rest of the features, both models will sport a 6.67-inch 2400×1080 resolution ultra-high-refresh rate AMOLED display. At least, one of the models, will come with a built-in 4650mAh battery and a dual-core 100W flash charging support.