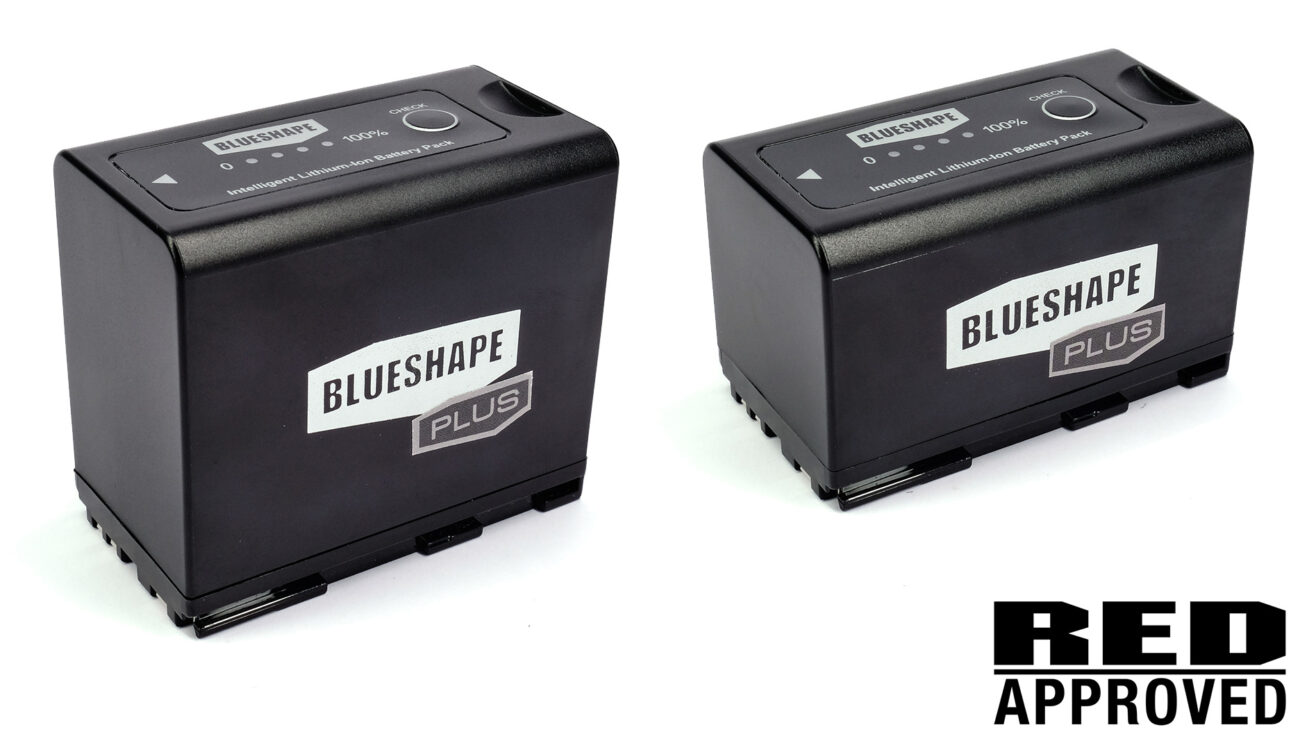 The most affordable RED camera ever, the RED KOMODO, has been out for a while now. Make sure to check our RED KOMODO Lab Test in case you missed it. Since its launch, there has been a variety of third-party accessories announced for the compact cinema camera – from cages, monitors, handles, to media, and batteries. Some of them are approved by the manufacturer and some of them do not sport the “RED Approved” badge.

The BP batteries are, of course, coming from the Canon world. Almost the whole Canon EOS cinema line of cameras as well as a handful of Canon camcorders use this battery type. Because RED started to work together closely with Canon, we can see the RF lens mount as well as the Canon BP battery slots natively on the RED KOMODO.

The new battery packs from BLUESHAPE come in two sizes:

The good news for RED KOMODO users is that these batteries have been approved by RED and they have been tested to work well with the camera. This is quite important because the KOMODO does not “like” all types of batteries as it would sometimes show an alert screen when booted up with a non-approved battery.

According to BLUESHAPE, the batteries also communicate with the camera and show the residual capacity and runtime on the KOMODO display. Additionally, when the battery capacity approaches a critical state of charge (≤ 3%), the battery alerts the camera to initiate an emergency shut down to safeguard the data.

BLUESHAPE further states that both battery pack models are made in-house with proprietary BMS and logic using high-quality cells. The company has already been offering these types of batteries, but the new ones feature higher capacity when compared with the older “non-plus” models.

There is no word yet about the exact price and availability of these new BLUESHAPE batteries. For reference, the older “non-plus” models currently retail for around $120 for the BP-955 type and around $140 for the BP-975 type.

Which battery pack models do you use with your Canon EOS Cinema or RED KOMODO cameras? Do you have experience with BLUESHAPE batteries? Let us know in the comments section underneath the article.