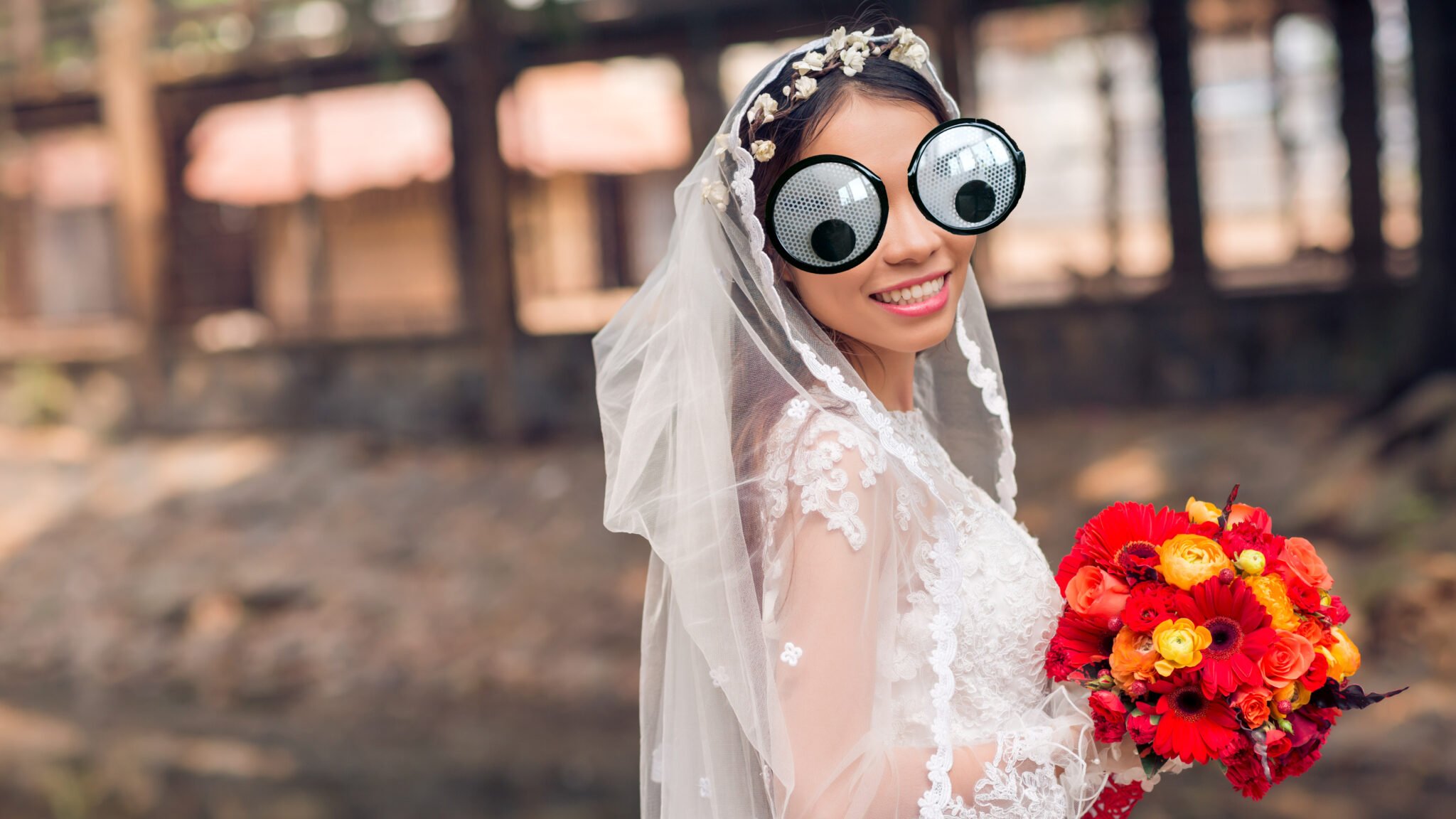 A Pennsylvania bride was shocked to receive her wedding images to find that “crazy eyes” had been photoshopped onto anyone who was blinking. Anaya Ramos-Bridgeford had been excited about viewing the images from her wedding but was left in hysterics when she spotted the error.

Anaya subsequently posted the offending photos to Facebook giving pretty much the entire world a good laugh. It turned out, however, that the fault wasn’t that of her wedding photographer, but of the editing company he had outsourced the retouching to.

“I received our proofs back today. My photographer called to allow me to view my photos before he released them to our entire family to view,” Anaya said in her Facebook post. “I noticed that some of the pictures looked ODD… come to find out he sent our photos to a company that photoshopped EYES on everyone who blinked.”

Although understandably upset about the whole situation, fortunately, Anaya was able to see the funny side saying “I am so upset but can’t help but laugh. I’ve been laughing all day.”

She continues “even the photographer seemed shocked when I messaged him. He gave us all crazy eyes. At that point just keep the original photo of us blinking. We look crazy!!!”

Much hilarity ensued with comments saying that they were “still laughing at this almost 24 hours later”, and “laughing so much I’m peeing myself”.

The photographer has remained anonymous, luckily for him, and is apparently taking it up with the retouching company to get a refund. However, I do believe that the photographer needs to shoulder at least part of the blame for this error. He actually made a series of rookie mistakes here, for whatever reason. He’s incredibly lucky that his client could see the funny side of things, and presumably he still has the original images. So no great harm done.

Firstly, if it were me, I wouldn’t be sending any images to be retouched or to a client that had anyone blinking in them. The only exception would be if it was a large group image and there was just one person that needed a head swap. Those blinky images arguably should never have made the original cull.

Secondly, I would hope to have tried out any company I use for outsourcing prior to using it with a client. Maybe he had and everything was fine before, we will give him the benefit of the doubt on this one. But, he really really should have proofed the images first when they came back to him before showing them to the client. This is massively important and honestly, given a different natured client, could have potentially cost him a lot of future work and his reputation. Wedding photography after all is often based on favourable word-of-mouth for marketing.

Sure, these images are absolutely hilarious, and massive props to Anaya for being so gracious about the whole situation. But it’s an important lesson to any of us who outsource any part of our work to check it over very carefully first before signing off on it.

Snapdragon 8 Gen 2: specifications and who will produce it