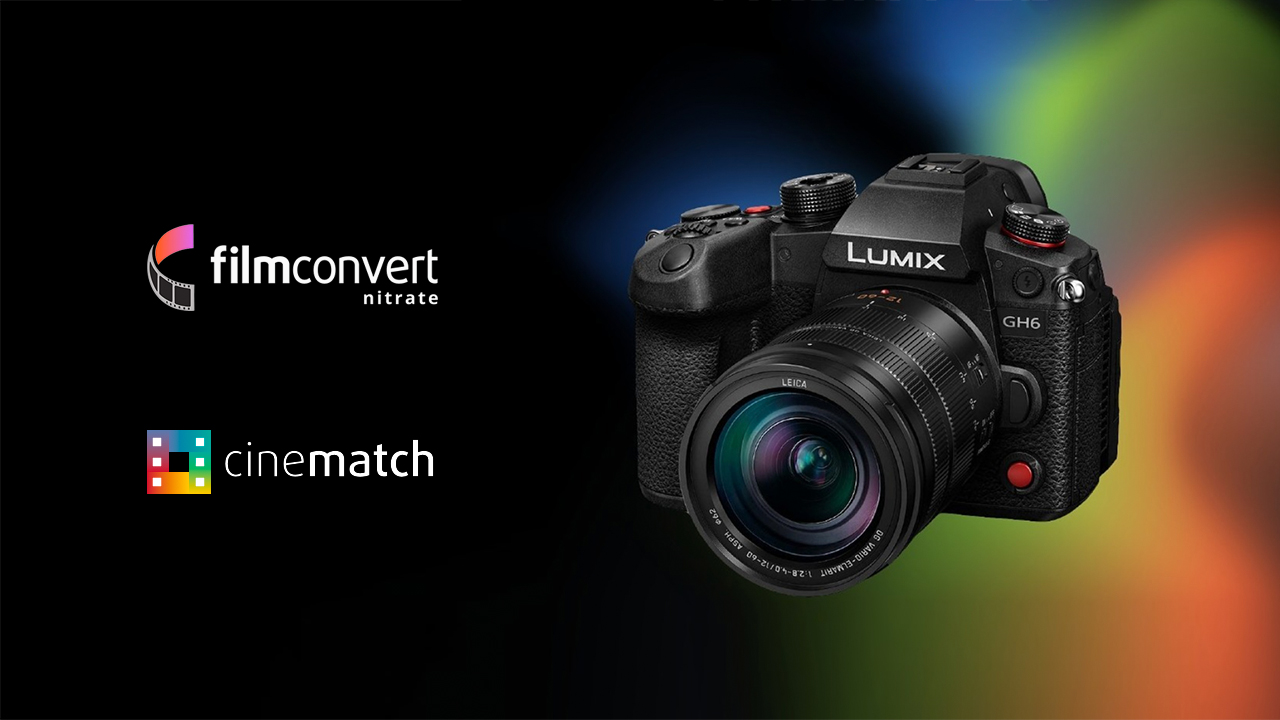 The Panasonic LUMIX GH6 was unveiled in February 2022. This long-awaited mirrorless camera is here to prove that the Micro Four Thirds format is not dead. It packs a new 25.2MP stabilized sensor in a popular form factor and comes with a long list of advanced features. Truly, this mirrorless camera has very little to envy from higher-end cinema products! In case you missed them, make sure to check out our review and Q&A with Panasonic.

Third-party manufacturers, such as SmallRig, Zacuto, Tilta, and 8Sinn, have been busy developing new accessories for the camera. Now, the Panasonic LUMIX GH6 is also gaining support from the popular FilmConvert plug-ins.

The Panasonic LUMIX GH6 now sits next to the GH5, GH5s, S1, S1H, and S5 in the list of popular Panasonic cameras supported by FilmConvert Nitrate and CineMatch plug-ins. Hence, users will now be able to quickly apply (and fine-tune) film emulation or grain effects to their GH6 footage as well as avoid spending hours manually matching their camera with others from different brands.

FilmConvert carefully calibrates their plug-ins to each camera’s sensor. And according to our Lab Test, the Panasonic LUMIX GH6 has a very capable sensor for a Micro Four Thirds camera. Let alone the fact that it comes with internal ProRes 422 HQ recording up to 5.7K at 30fps, which is a treat!

The FilmConvert Panasonic LUMIX GH6 Camera Pack is now available for free for all existing users. For FilmConvert, you need to download the new Camera Pack from this page. Instead, CineMatch users must install the latest version of the plug-in available here.

If you’re new to the FilmConvert world, you can purchase a single FilmConvert or CineMatch license for Premiere Pro, DaVinci Resolve, or FCP for $139 or opt for an all-in-one bundle for $199.

If you want to learn more about FilmConvert, please visit their website here.

Do you normally use FilmConvert and CineMatch in your post-production workflow? Have you been waiting for the Panasonic LUMIX GH6 to be supported? Share your thoughts in the comment section below!

Here is why Apple iPhones may be banned in the UK