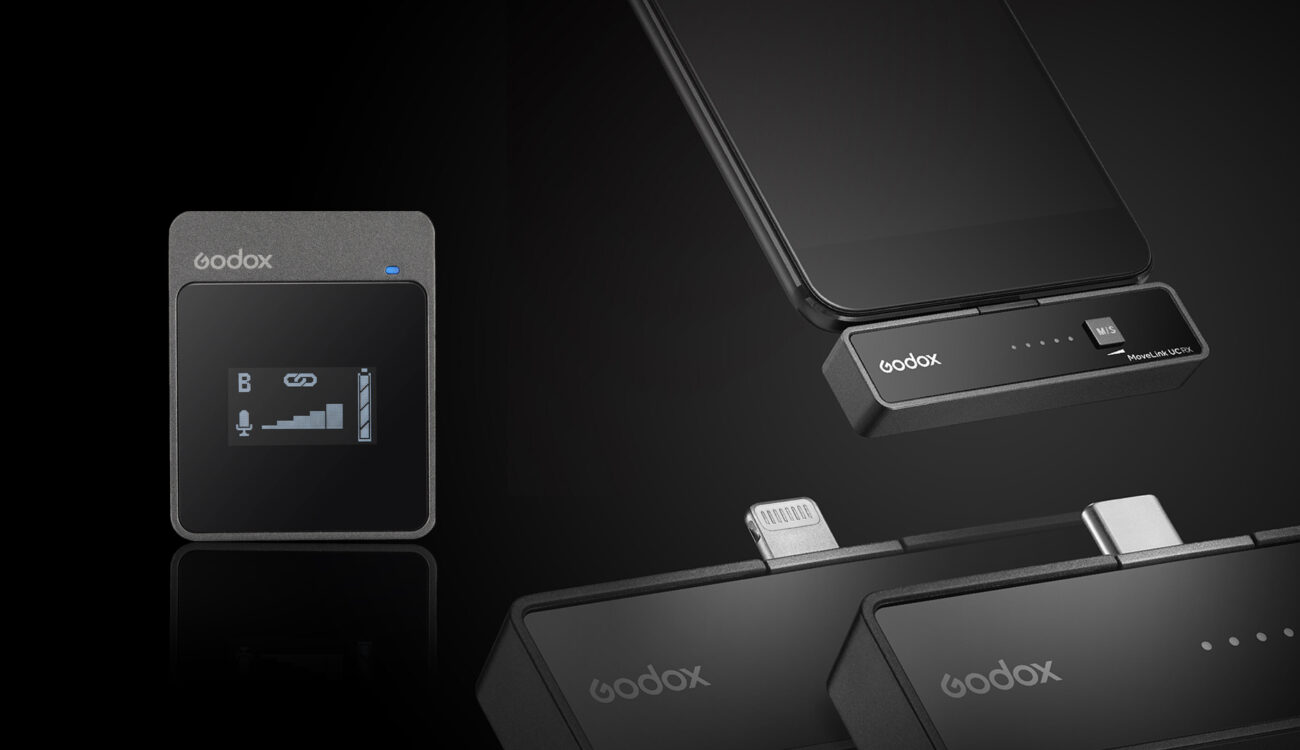 The Godox MoveLink LT1 and UC1 are two compact wireless microphone systems compatible with iOS and Android devices, respectively. They consist of a single transmitter and a receiver, but the company also introduced the LT2 and UC2 dual-microphone versions. Let’s take a closer look.

Lighting and audio company Godox has been releasing product after product lately. Just a few days ago, we reported about the new Godox SL300II and Litemons LA Series LED lights. Now, the brand is introducing a wireless microphone system that reminds me of the SYNCO G1T and G1L, released last year.

Indeed, the new Godox MoveLink LT1 and UC1 are also compatible with smartphones and tablets, and they clearly aim at the same target: content creators, vloggers, YouTubers, and mobile videographers in general.

Godox MoveLink LT1 and UC1: for iOS and Android

The new Godox MoveLink LT1 is a compact wireless microphone system working in the 2.4GHz frequency band. According to Godox, their technology allows for a stable signal to travel for 50 m in line-of-sight scenarios. The MoveLink LT1 system consists of a transmitter (TX) and a receiver (RX). The company claims a 6-hour operation time when fully charged.

The compact TX (5 x 4 x 1.4 cm) features a built-in TFT screen and an omnidirectional condenser microphone. It can be easily clipped to the talent’s clothes, using the clip on the back of the unit. For a more discrete setup, you can also plug the included 3.5 mm lavalier microphone into the TX. Audio levels can be adjusted using a 15-step gain button control on the unit.

The MoveLink LT RX comes with a Lightning connector that plugs directly into your iPhone. Godox also offers an Android-compatible option called MoveLink UC1, in which the Lighting connector is replaced by a USB-C one.

Being a dual-channel receiver, the MoveLink LT RX (and UC RX) can actually support up to two transmitters, thus turning the MoveLink LT (or UC) into a dual-microphone system. In fact, the company also introduced the Godox MoveLink LT2 and UC2 kits that come with two transmitters. This way, content creators can record the voice of two talents simultaneously.

The Godox MoveLink LT1 for iOS devices (or UC1 kit for Android) includes:

Are you a mobile videographer or content creator? How do you usually record audio with your smartphone or tablet? Share your thoughts on the Godox MoveLink LT1 in the comment section below!