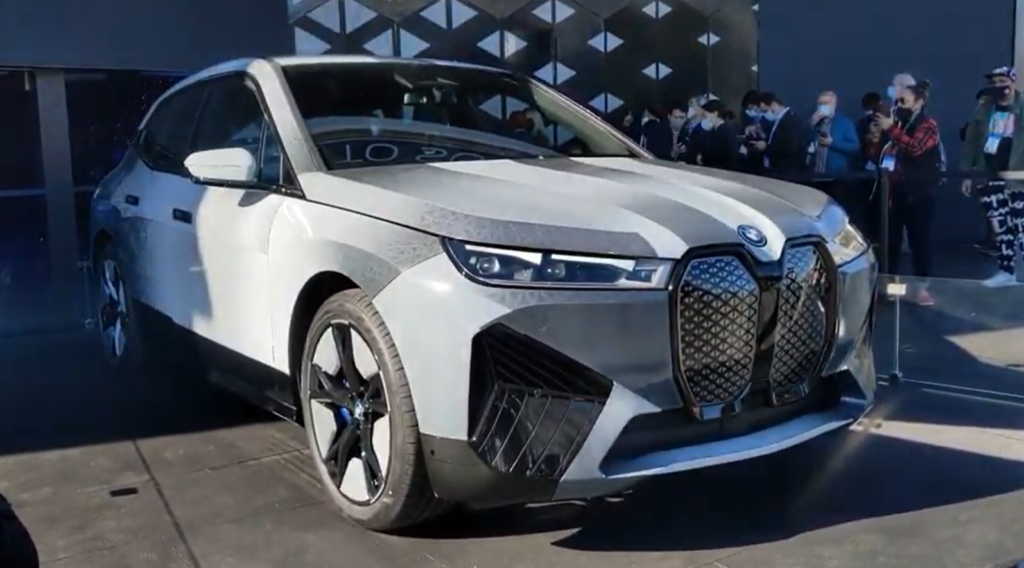 One of the stars of CES 2022 was BMW’s chameleon-like concept car, and we were lucky enough to get up close and personal with it at the convention in Las Vegas.

There have been plenty of wild, weird, and wacky new tech products that have made a splash at CES 2022, but it’s hard to imagine one that caught the public imagination better than the BMW iX Flow, a concept car that can change its colour in the blink of an eye.

The Trusted Reviews team had the enviable opportunity of seeing the shade-shifting vehicle in action right in front of their eyes, and can confirm that the dazzling effect really does have to be seen to be believed. Just check out our video footage below:

While the SUV stood on display, a pre-programmed display saw complex patterns cast across the bodywork of the BMW, as panels flitted from black to white with shades of grey in between. Even though it is admittedly entrancing to watch, it is still undeniably disappointing that the technology does not yet support more vivid colours for a trippy kaleidoscope effect.

Related: All the major announcements from CES 2022

BMW explained how the innovative tech works as follows: “The surface coating of the BMW iX Flow featuring E Ink contains many millions of microcapsules, with a diameter equivalent to the thickness of a human hair. Each of these microcapsules contains negatively charged white pigments and positively charged black pigments. Depending on the chosen setting, stimulation by means of an electrical field causes either the white or the black pigments to collect at the surface of the microcapsule, giving the car body the desired shade.”

While at first glance the technology would appear to be purely superficial, it does actually have the potential to conserve energy usage; BMW notes that “[a] white surface reflects a lot more sunlight than a black one. By implication, heating of the vehicle and passenger compartment as a result of strong sunlight and high outside temperatures can be reduced by changing the exterior to a light color.”

Even though you might be tempted to run along and buy such a vehicle for yourself after having watched the video we captured, this isn’t currently possible because it is just an “advanced research and design project” at this stage. Whether it catches on in commercial use or not, its novelty has certainly turned plenty of heads at CES 2022 and beyond.

How to DIY Paint a Leaf Patterned Dining Table Runner

0 Acer CFexpress Type B Cards Introduced – Up to 512 GB