HMD Global has put rumors surrounding Nokia flagship smartphone rumors to rest, claiming that making flagships isn’t logical right now. The recently concluded MWC 2022 was graced by the announcements of several upcoming products. However, Nokia did not give it’s huge fanbase anything to cheer about at the event. The current manufacturer of Nokia phones, HMD Global, did announce a slew of low-end smartphones at Europe’s biggest mobile convention.

Aside from that, Nokia made its foray into the laptop segment by unveiling the Purebook Pro at the MWC 2022. To recall, HMD Global has been launching only budget and mid-range smartphones for quite some time now. Moreover, it looks like we are highly unlikely to see flagship PureView phones from the most popular European mobile brand anytime soon. HMD Head of Product Marketing, Global, Adam Ferguson told Android Authority that the company will not be making flagship smartphones for now.

This is reflected in the company’s presence at the MWC, where it only unveiled a handful of low-end or budget phones. Ferguson explains that making an $800 smartphone isn’t practical for the company at the moment. Aside from that, he says Nokia isn’t willing to involve itself in the still-raging specifications war in the flagship smartphone market. Instead, Ferguson is expecting that Nokia will represent something totally different. In other words, there will be no flagship Nokia phones at least for now.

HMD Global Is Temporarily Giving Up On Nokia Flagships

However, this isn’t surprising considering that the brand has primarily focused on offering mid-range and budget smartphones since its return. Nevertheless, it did launch high-end flagships and phones in different price segments, but to no avail. For instance, the Nokia 9 Pureview did little to help the company after going official back in 2019. On top of that, the coronavirus pandemic made things harder for Nokia. As a result, HMD did not launch a lot of phones and stuck to budget and mid-range devices. Thankfully, this strategy worked for the company. 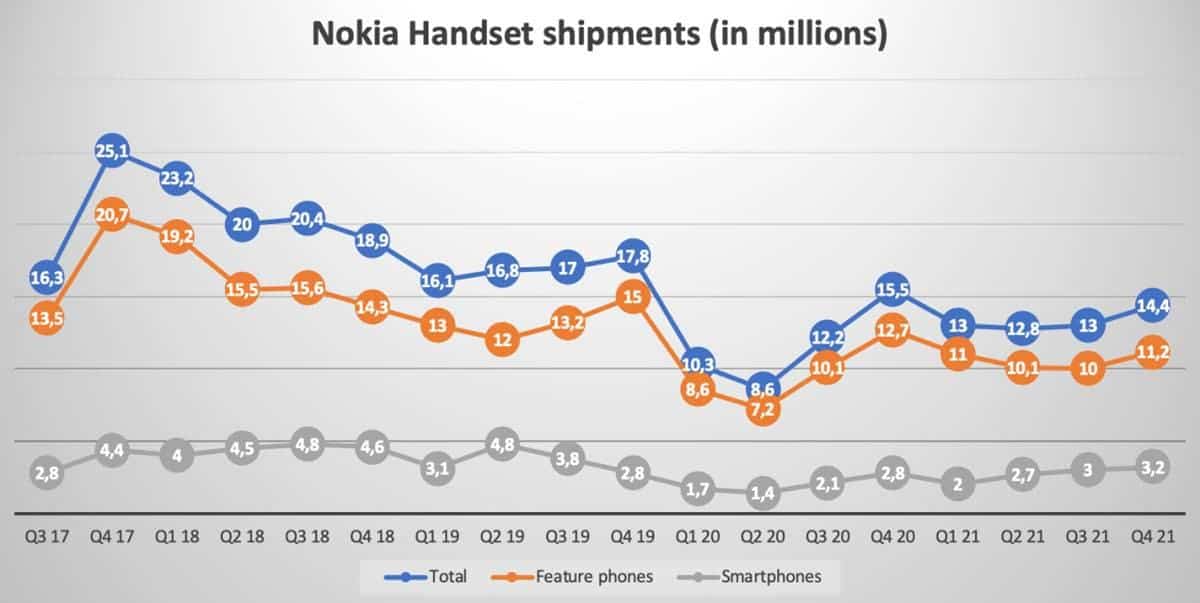 Now, HMD Global has been having consecutive profitable quarters since Q3 2020. Moreover, Q4 2021 was reportedly the most profitable quarter for Nokia, with revenue growing 41 percent YoY. However, the company wants to focus on making mid-range, entry-level, and feature phones. HMD Global wants to make affordable Nokia phones that offer excellent battery life, and stand the test of time. Furthermore, it targets to lead the American prepaid smartphone segment by the end of this year. Ferguson says the company needs to do a lot before it starts launching flagship phones and competing with other leading brands.