The Infinix X3 smart TV series is set to launch in India in the coming days, and it has now been listed on Flipkart. Still riding high on the success of its Infinix X1 smart TV series, Infinix Mobile is prepping to unveil another series in the country. The Hong Kong-based company has already confirmed that the Infinix X3 series smart TVs are headed to the Indian market in two screen sizes including 32 and 40-inch.

To recall, the Infinix Zero 5G smartphone went on its first sale in India via Flipkart earlier this month. Now, the Indian e-commerce company, Flipkart has listed the Infinix X3 Smart TVs on its website. The company has already announced the X1 series. However, it decided to skip the X2 Smart TV series for the market and debut the X3 series instead. The Flipkart listing sheds light on the upcoming television’s key specifications and features. So, let’s check out what the impending X3 Smart TVs have to offer in terms of specs and features. 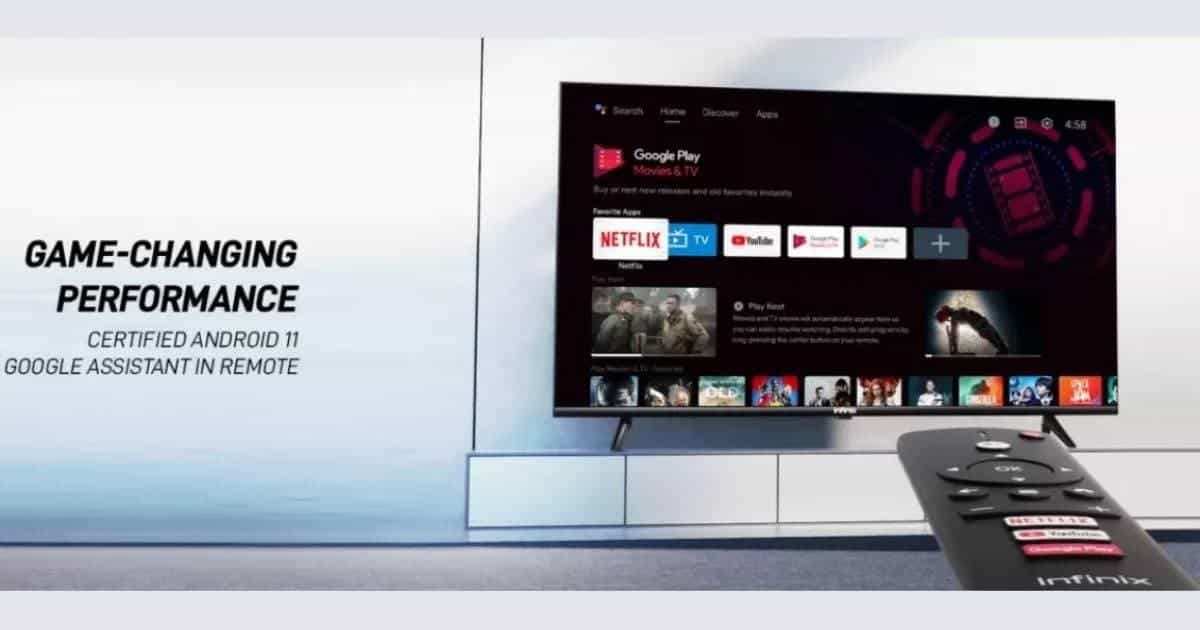 The Infinix X3 series will succeed the well-received Infinix X1 series, which made its debut back in 2020. The smart TVs are likely to launch in the second week of March, carrying aggressive price tags. According to the Flipkart listing, the series will include a 32-inch and a 43-inch model. Moreover, the 32-inch Infinix X3 TV delivers an HD resolution. Likewise, the 43-inch model will offer a Full HD resolution. The two smart TVs will also provide an NTSC color gamut of 85 percent.

In addition to that, both smart TVs will provide peak brightness of up to 400 nits, HLG format content, and support HDR10. In its statement, Infinix says that the X3 Smart TV will deliver a cinematic experience with high-quality stereo sound. This 36W quad-speaker setup even supports Dolby Audio. To recall, previous Infinix smart TVs either feature a 24W or 20W speaker setup. Furthermore, the screen has slim bezels and a screen-to-body ratio of 96 percent.

On the software front, the upcoming smart TVs will boot Android TV 11 OS and support Google Assistant. Aside from that, the smart TVs will come with Google Chromecast built-in. The smart TV remote control features hotkeys for Google Play, Youtube, and Netflix. Moreover, users will be able to access more than a whopping 5,000 apps and games via the Google Play Store. The Infinix X1 32-inch HD smart TV is currently up for grabs on Flipkart for INR 12,999.

Alternatively, you can go for the 40-inch Full HD Infinix X1 if you are willing to shell out INR 17,999. Lastly, the Infinix X1 43-inch Full HD TV carries a price tag of INR 19,999. In the meantime, Infinix is prepping to roll out Android 12 OS for the Zero 5G smartphone in August.