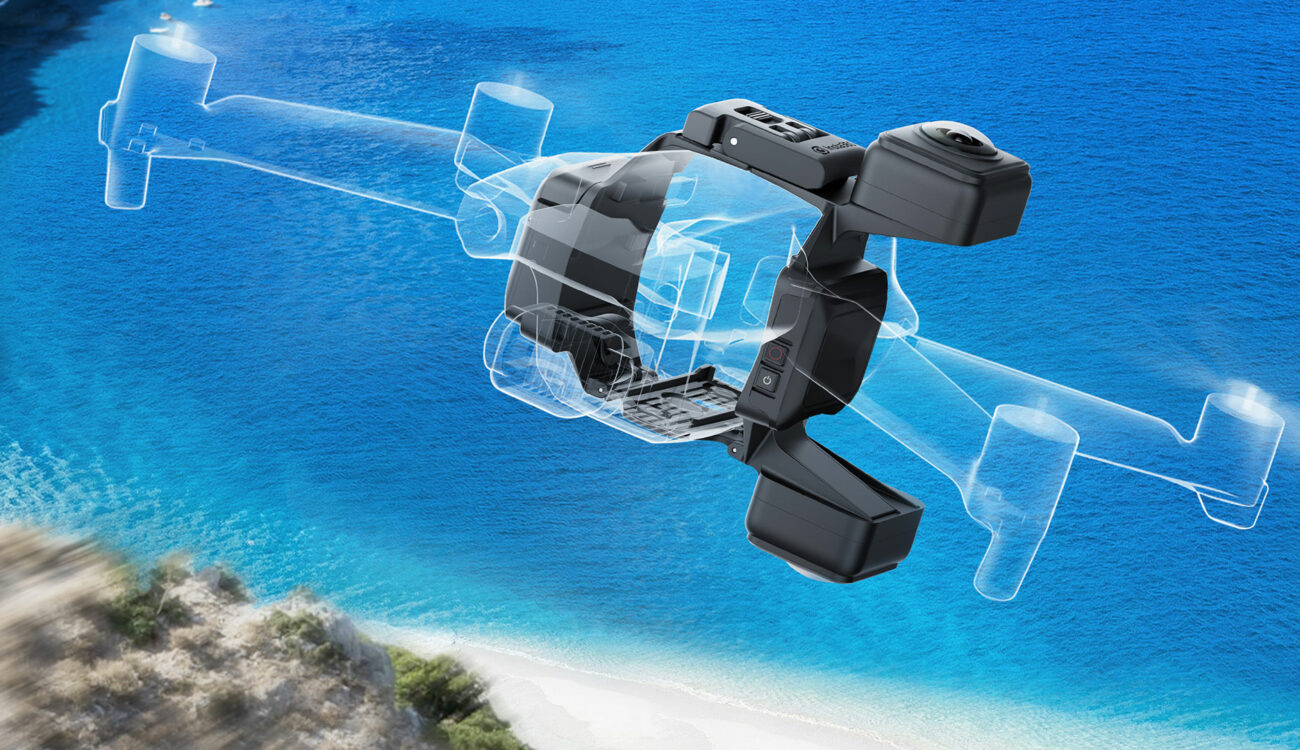 The so-called “invisible drone” footage is an interesting creative approach to capturing aerial clips. As its name implies, the idea is to film 360 footage from a drone in a way that the drone itself will not be visible in the picture.

Up until now, there were numerous ways to achieve this – mostly by mounting one or two 360 cameras to a drone and then manually stitching the image. As far as I know, every solution required some amount of DIY spirit. The Chinese camera manufacturer Insta360 now comes with a ready-to-use solution.

That is, if you own a DJI Mavic Air 2 or DJI Air 2S drone AND you are based in China or in the USA. Let’s take a closer look at the Insta360 Sphere.

The Insta360 Sphere is basically the ONE X (or ONE X2 – check Nino’s first look review) in a different form factor. The camera sports the same sensors and lenses that can produce 360 still images in up to 6080×3040 (2x 1:1 circles in either insp or DNG raw format).

Just like with other Insta360 cameras – there are three picture profiles: standard, vivid, or log. The video bitrate maxes out at 100Mbps. The Sphere, of course, utilizes the FlowState stabilization for horizon-leveled clips. The stitching algorithm automatically erases the drone including its propellers from the image which results in an easily achieved “invisible drone” 360 clips.

The dimensions and weight of the camera are important as it is designed to be carried by a drone. The Insta360 Sphere weighs 192g including battery and microSD card. Its dimensions are 110x125x63mm. The included 1050 mAh battery should provide enough power or up to 48 minutes of runtime and it can be charged via a USB-C port.

Only for Mavic Air 2 and Air 2S

The camera is only compatible with two drone models – DJI Mavic Air 2 and DJI Air 2S. Insta360 claims that the camera securely attaches to the drone’s body with a locking mechanism and there is no impact on the drone’s structural integrity. The camera will also not impede the GPS signal or remote control system, according to Insta360.

As with all the other Insta360 cameras, the footage from the Sphere camera can be easily reframed and processed in the Insta360 smartphone app or in the Insta360 Studio desktop app.

When it comes to availability, the Insta360 Sphere will, unfortunately, only be available in Mainland China and in the USA. I a not sure why, perhaps it has something to do with the strict laws when it comes to drone flying in Europe?

Do you have experience filming with Insta360 cameras? Did you ever try to achieve “invisible drone” shots? What do you think about the new Insta360 Sphere camera? Let us know in the comments section underneath the article.