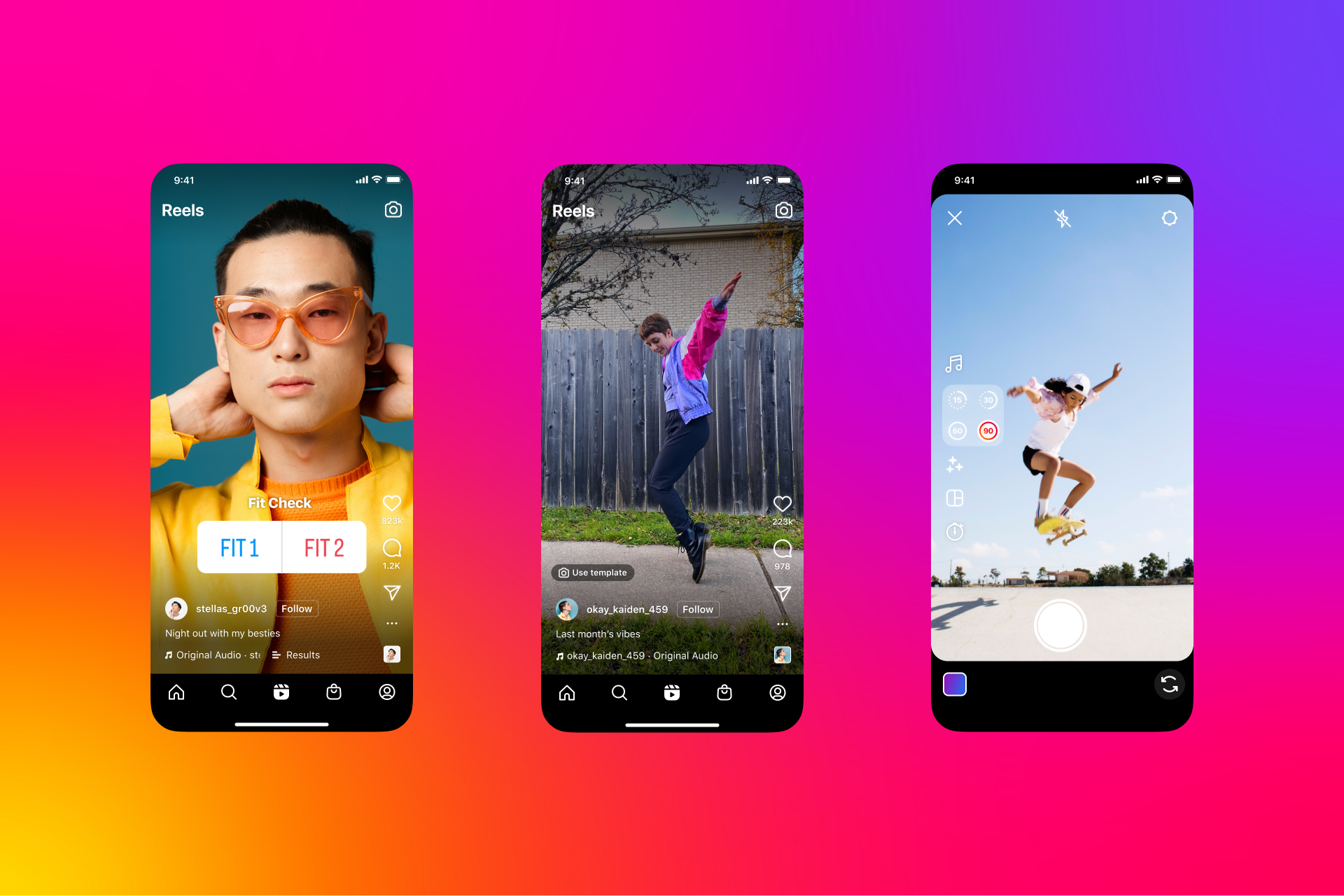 Ever since TikTok became a giant in the social media world, Instagram has been trying hard to be more like it. So it’s probably not a surprise that Meta has introduced a new set of Reels options that remind us of features we’ll also find on TikTok.

Meta announced yesterday that some new creative tools and features are coming to Reels over the coming weeks. For starters, the Poll, Quiz, and Emoji slider stickers will expand from Stories to Instagram Reels. You’ll also be able to extend the duration of Reels up to 90 seconds and import your own audio rather than browsing the ones available in the app. Finally, you’ll also get Templates, which allows you to create your own reel using the same structure as a reel you’ve watched.

Changes are coming to Facebook Reels as well. Rather than using the app, you can now create and schedule Facebook Reels on desktop. You’ll also be able to create Reels from your long-form Facebook videos, whether recorded or live. These video clipping tools will also be available on desktop and allow you to edit longer videos into a Facebook Reel via Creator Studio. New audio tools will be available for Facebook Reels as well: you’ll be able to voiceover your recordings, or use Sound Sync to automatically sync your video clips to the beat of a song you like. This is actually pretty cool if you ask me.

In November last year, Instagram even started paying creators to post original content to the platform. But TikTok stroke back last month with the offer to share ad revenue with its creators. I believe that the ultimate Meta’s goal is to make you switch to Instagram and Facebook Reels and create original content rather than repost it from TikTok. Judging from the stats, both platforms are equal in the number of active global users, so it will be fun to observe how this “war” unfolds.