The launch event will kick off at 12:30PM local time and will be live-streamed on Realme India’s YouTube channel and Facebook page. We expected Realme to host an in-person launch event for its 2022 flagship since smartphone brands have resumed offline events in India, but Realme is seemingly not ready for that just yet. 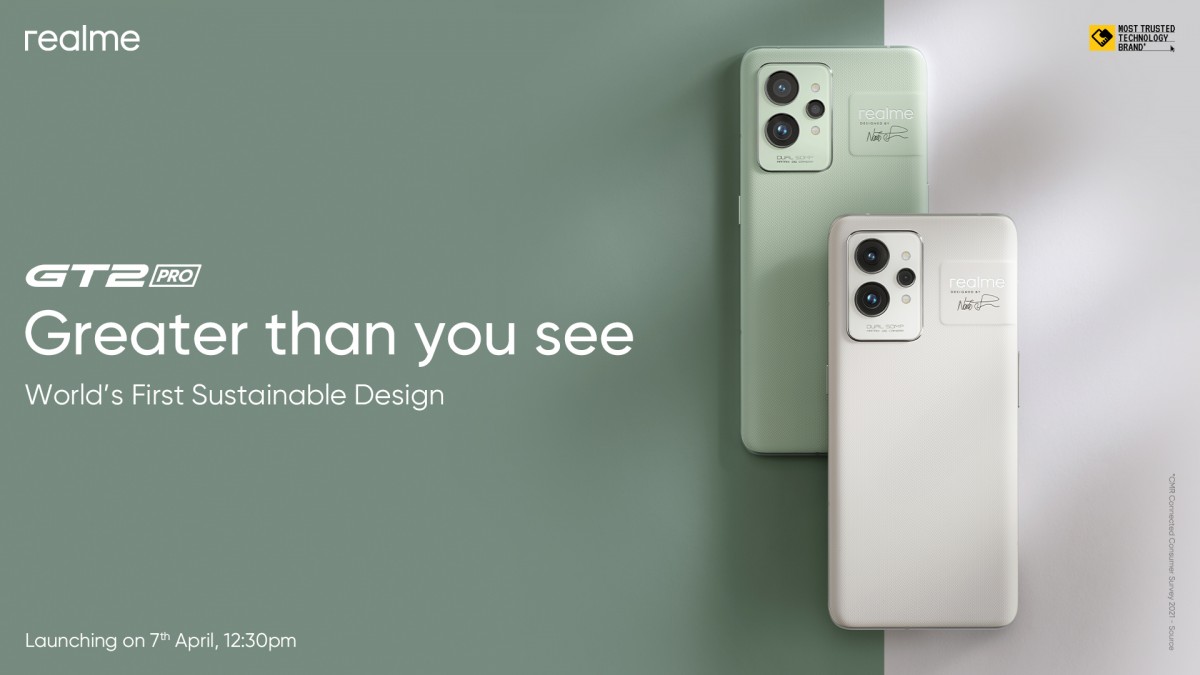 Realme hasn’t revealed if it will introduce the vanilla GT 2 alongside the Pro model on April 7 in India, but seeing how the previously deleted tweet included #realmeGT2Series and the new one doesn’t, GT 2’s Indian debut on April 7 looks unlikely.

Get ready for the World’s First Sustainably Designed Smartphone, the #realmeGT2Pro!

Launching at 12:30 PM, 7th April on our official channels

The Realme GT 2 Pro is powered by the Snapdragon 8 Gen 1 SoC, boots Android 12-based Realme UI 3.0, and comes with up to 12GB RAM and 512GB storage onboard. It’s built around a 6.7″ 120Hz QHD+ LTPO2 AMOLED screen protected by Gorilla Glass Victus. The display has a fingerprint reader underneath and a punch hole in the upper-left corner for the 32MP selfie camera.

Around the back, we have a camera system comprising 50MP primary, 50MP ultrawide, and 3MP microscope units.

The Realme GT 2 Pro features stereo speakers and packs a 5,000 mAh battery that draws power through a USB-C port at up to 65W.