Realme unveiled its GT Neo3 in China earlier today with two editions – a standard GT Neo3 and a version with 150W UltraDart charging. Both versions of the phone come with MediaTek’s Dimensity 8100 chipset at the helm as well 50MP main cams. 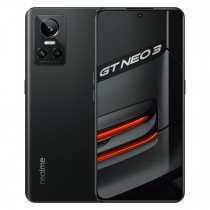 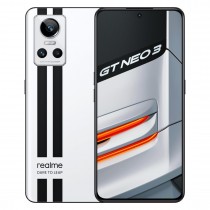 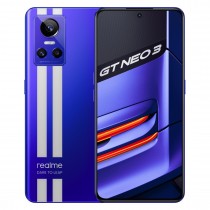 There’s a 6.7-inch AMOLED with FHD+ resolution and a 120Hz refresh rate upfront. The display is HDR10+ certified and features an independent display chip that should smooth out frame rates in demanding games and lower power consumption in some cases.

MediaTek’s new 5nm Dimensity 8100 comes alongside 8/12GB LPDDR5 RAM and 128/256GB UFS 3.1 storage. The camera department is headline by the 50MP Sony IMX766 main sensor which comes with OIS. There’s also an 8MP ultrawide snapper and a 2MP macro lens. The software side is covered by Realme UI 3.0 on top of Android 12.

We’ve saved the best for last – Realme GT Neo3 comes with 80W flash charging which can fill up its 5,000 mAh battery from empty to full in just 32 minutes. The bundled 80W charger supports the SVOOC standard and is

Even more impressive though is the new 150W UltraDart charging which fills up the phone’s 4,5000 mAh battery from 0 to 50% in just 5 minutes. In order to achieve these results, Realme is using multiple boost charge pumps to increase the current going into the phone.

Realme is also taking 38 battery security protective measures including a special temperature managing algorithm that ensures the battery temperature remains under 43°C (110°F) while charging. Realme also claims that the phone’s lithium batteries will retain 80% of their capacity after 1,000 complete charging cycles.