Redmi K50 series is the first to support Bluetooth 5.3


Chinese manufacturer, Xiaomi, is getting set to unveil a new series, the Redmi K50 series. In preparation for the official launch of this series, the company has been teasing some specs of these devices. Recently, the company released a preheating poster that shows that the Redmi K50 series will be the first in the industry to support the new generation Bluetooth 5.3. The Bluetooth 5.3 supports lower latency, lower power consumption, and stronger anti-interference ability. This significantly increases the sound output quality and will be a favourite for gamers. Furthermore, Bluetooth 5.3 supports the new LC3 audio encoding. 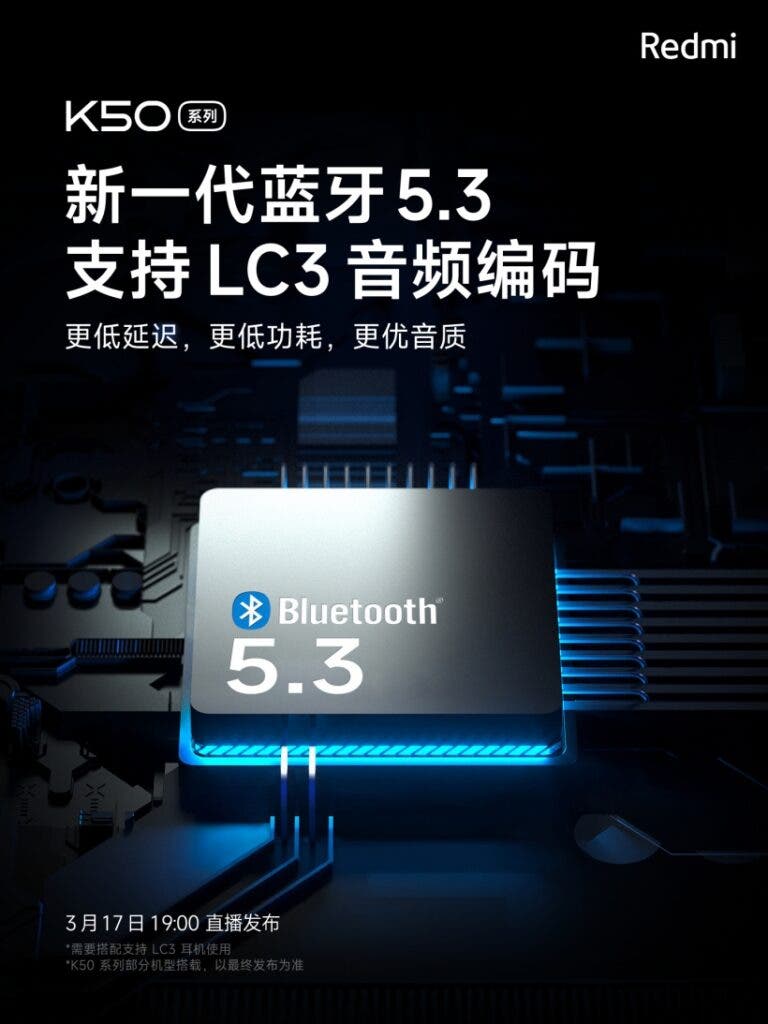 However, the poster also reveals more than the Bluetooth 5.3. According to the poster, Bluetooth 5.3 needs to be used with LC3 headsets. This means that the company will have to launch relevant headsets that will support the Bluetooth specification. This new feature is one of the many firsts that the series will bring.

The Redmi K50 series will have four models. However, one of these models is already official and that is the Redmi K50 e-sports version. Thus, the upcoming launch event will have three models including Redmi K50, Redmi K50 Pro, and Redmi K50 Pro+. These smartphones come with different chips. They use the Snapdragon 870, Dimensity 8100, and Dimensity 9000 chips respectively.

A few days ago, Redmi officially announced that it will hold a new product launch conference at 19:00 on March 17. We expect the company to unveil the Redmi K50 series at this event. Judging from the warm-up posters, in addition to smartphones, Redmi will release new products such as TVs, routers, and notebooks. Let’s wait and see what kind of surprises Redmi will bring at the press conference.