Today, Redmi announced the key parameters of the Redmi K50 series. For the first time, the series uses Samsung’s 2K AMOLED flexible straight screen. This is the most expensive smartphone display in Redmi’s history. After the announcement of this important parameter of the Redmi K50 series, the number of reservations for this series on JD.com soars to 520,000. Before this announcement, the reservations were just around 200,000. Furthermore, the reservations on Tmall exceed 60,000. This already shows the popularity of this smartphone. 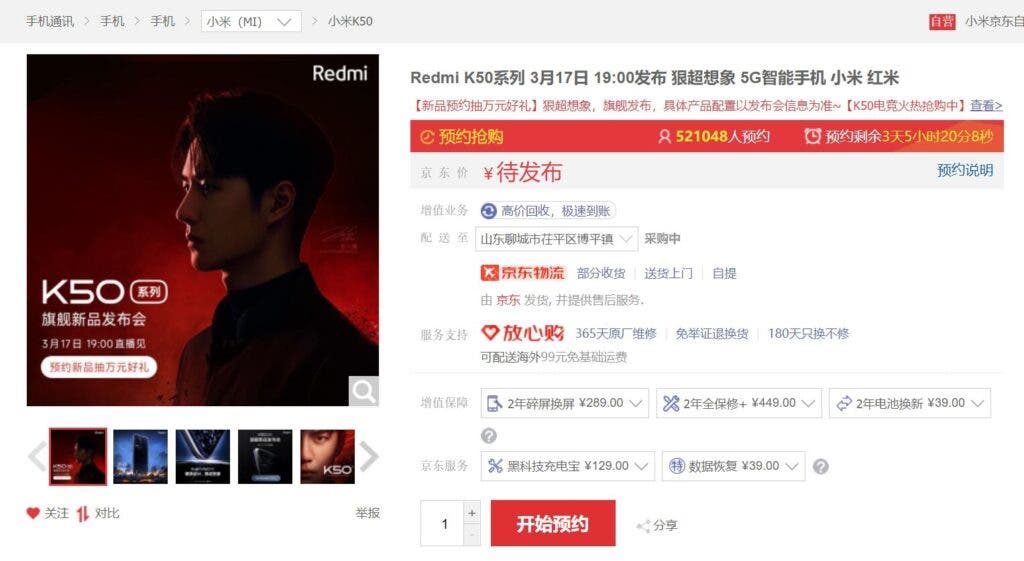 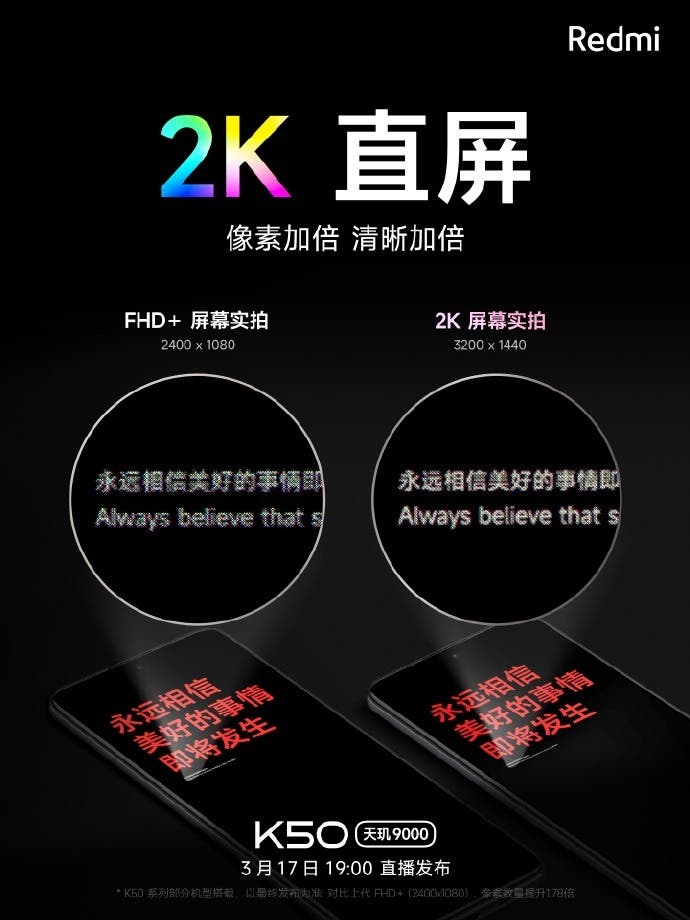 Today, Redmi announced that the Redmi K50 series display is not only lighter and thinner, but it also has a narrower frame. Especially the chin, it is much thinner but the cost will be huge. However, this smartphone has an almost “perfect” straight screen effect. 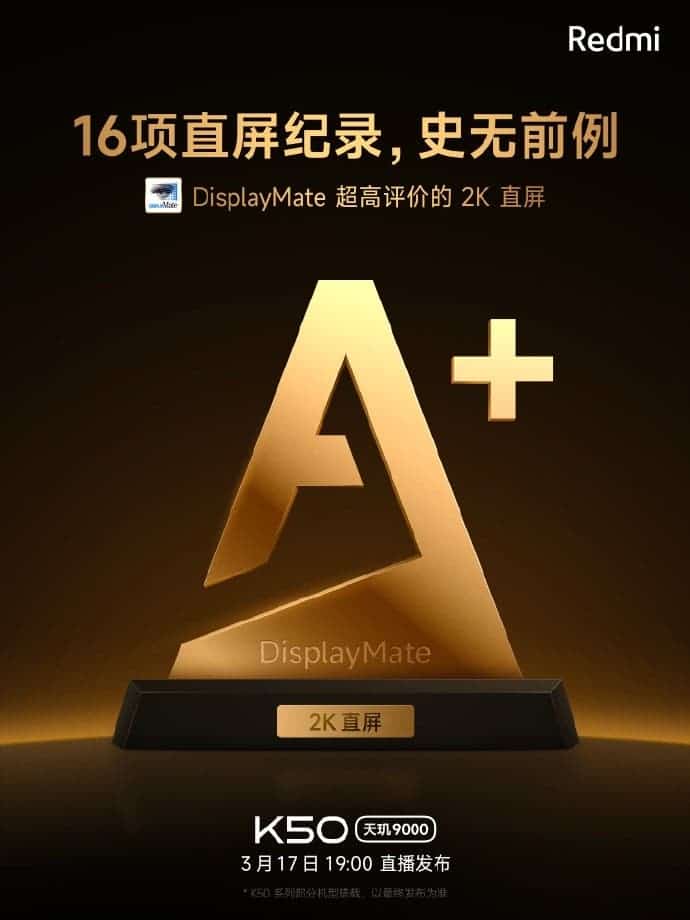 Redmi said that the K50’s screen has reached 526ppi, which is almost the top level of mainstream flagships. This is a specification that only top flagships use in the past. For example, in the just-released, Samsung Galaxy S22 series, only the Ultra models that cost thousands of dollars have the 2K OLED screens.

In addition to the ultra-fine display effect, the K50 screen also supports ambient color temperature, DC dimming, 16,000-level automatic brightness adjustment, and is adjusted one by one at the factory. 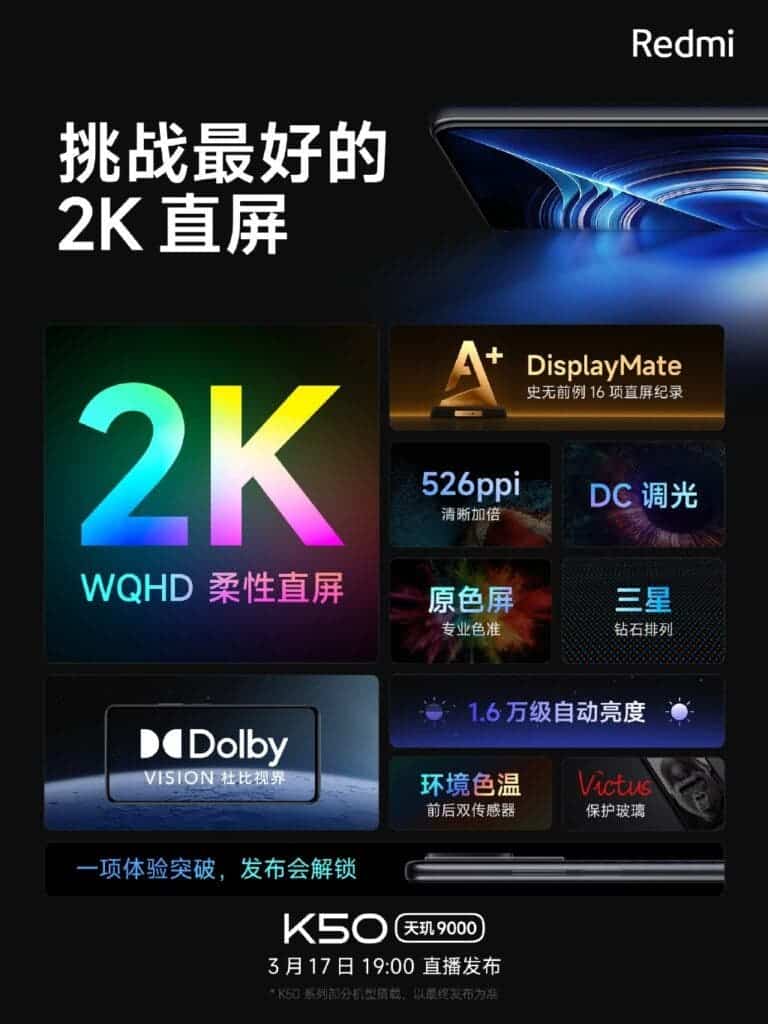 At the same time, the surface of the screen is also covered with Corning Victus glass. The protection level can contain a 2-meter drop and the device will still be in good condition. This maximizes the protection of this top-quality 2K screen. At present, the Redmi K50 series will bring the strongest experience in the industry in terms of performance and screen. This device will also be the first to use Bluetooth 5.3 and it also supports Wi-Fi 6. These smartphones will officially arrive on March 17th.

How to - and how definitely not to - photograph mirrors