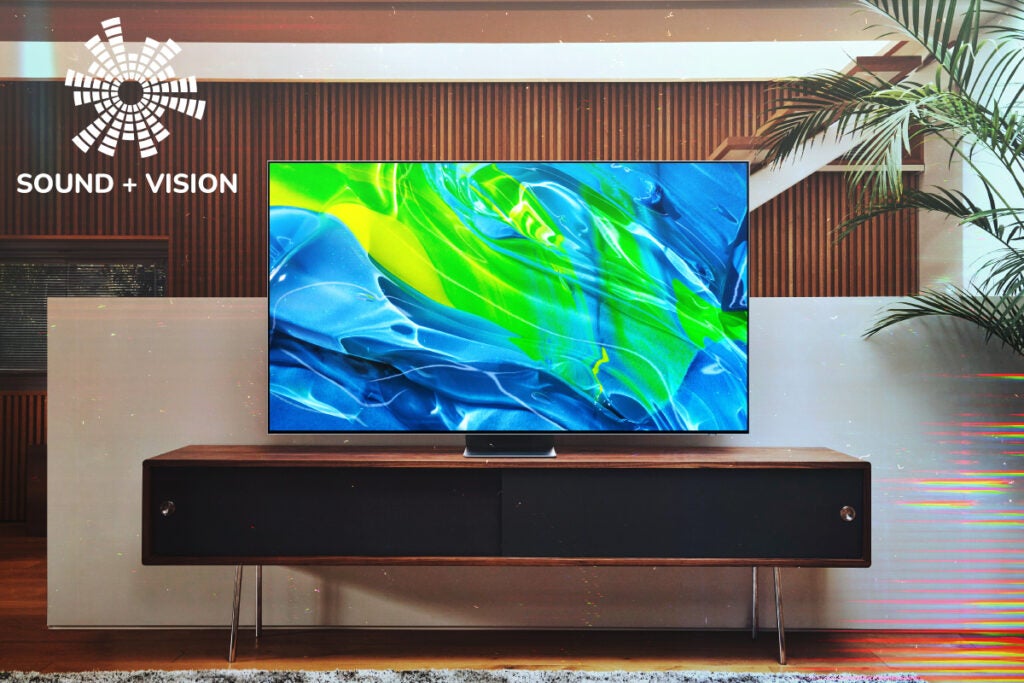 This week Samsung finally announced its QD-OLED TV. Except it didn’t call it a QD-OLED.

Don’t be alarmed, it is a QD-OLED, the much-vaunted display this site (at the very least) has been frothing at the mouth about for three years is coming. But Samsung called it an OLED when it formally announced the TV – and that baffled me. I had to message someone at Samsung to ask if the S95B TV was in fact a QD-OLED considering Samsung are also in talks about purchasing OLED screens from LG…

Some background first and there’s quite a bit to go through. Samsung didn’t particularly like OLED on the first go-around (nearly 10 years ago). It launched a TV, drew a line under it quickly and moved on to what would become its award-winning (and undoubtedly impressive) QLED range.

QLED positioned itself as a rival to OLED – and it is better than OLED in several ways, but not every way. You get the sense Samsung was annoyed by the inroads OLED made in the market. It hasn’t stopped Samsung from becoming the biggest seller in the TV market for several years straight, but OLED was a bug it couldn’t squash. In fact, that bug grew bigger with each year.

LCD panels, which Samsung uses for its QLED TVs, aren’t as profitable as they once were due to an influx of cheaper screens from China that has brought prices down and squeezed profit margins for everyone (it’s probably the reason LG has cooled its jets on its NanoCell range). Samsung’s response was to investigate a next-gen display that merged OLED and Quantum Dots, shaking up the premium market and (they’d hope) resulting in the sounds of cash tills going ‘ker-ching’.

Again, Samsung isn’t (or wasn’t until now) particularly fond of the word OLED. The technology became associated with their Korean rivals, LG, and it spent years giving OLED a good shoe-ing in ways that both amused and came across as petulant.

Dispatches from Korea suggested not everyone at Samsung was or is on the same page with QD-OLED. Samsung Display (who manufacture the display panels) are believed to want QD-OLED. Samsung Electronics, specifically the Visual Display arm who develop the TVs, apparently want to evolve their QLED range and look further into MICROLED. There’s been much to-ing and fro-ing over QD-OLED production yields and unit prices, but dread it, run from it, QD-OLED arrives all the same.

Except, to reiterate, Samsung’s TV division likes the word OLED as much it likes the words Dolby Vision (it only just got over its Dolby Atmos hump). It avoided calling its next-gen panel an OLED for ages, preferring to differentiate it by calling it QD Display.

At CES, Sony announced the first QD-OLED. Both Samsung and Sony are bringing QD-OLEDs to the market in 2022 and though Samsung Display created the panels, Sony officially announced its months before.

Samsung sort of announced its QD-OLED at CES, through the CES Innovation Awards that slipped through the net like a person who just makes it on to the tube. The thinking behind the QD-OLED’s unofficial reveal seemed to be that discussing the QD-OLED would overshadow their 2022 Neo QLEDs. That suggests confusion in the ranks as to the importance of QD Display in the 2022 range.

What’s so strange about Samsung’s strategy is that QD-OLED/QD Display is good. It’s really good. It looks like it has more potential than WRGB OLEDs and while I’ve only seen the Sony A95K QD-OLED, that was a distinct improvement over the pretty terrific A90J OLED. If this were a card game, Samsung would be holding a very good hand – and yet its interest seems half-hearted.

QD-OLED beats WRGB OLEDs for colour volume, colour range and luminance – but Samsung’s town crier isn’t clanging his bell nor has his voice become hoary shouting about the S95B. It’s all hush-hush on the QT, with a solitary line in the press release that mentions that the S95B goes “well beyond what has been available from OLED TVs to date”. If you didn’t know any better you’d think it’s just another OLED.

And I find that odd. Based on Sony has managed to wring out of the A95K, Samsung has created a next-gen panel that LG has been moving towards in incremental steps. It’s not an OLED killer but an OLED superior. It’s the TV people have been excited about since it was first mooted. It is Samsung’s baby, but Sony announced it first, hogging the initial headlines. This is in contrast to Samsung where the fanfare has been so quiet it was the last item mentioned in a press release.

That is a Harry Maguire-esque own goal. Samsung continue to produce fireworks with its 2022 Neo QLED TVs, but are they in the OLED market to win it or just to be a part of it? I’m not so sure where they stand.