SoFi Stadium and the technological wonder brought to life by Samsung


One of the United States’ biggest events, the Super Bowl (the final of the NFL league) is set for this Sunday, February 13, with a game between Cincinnati Bengals and Los Angeles Ram. In fact, the place became also an important event for the entire world, thanks to the trailers and advertisements that appear during the game’s interval. The event will take place in the newest SoFi Stadium. The magical stadium is even more impressive thanks to a joint investment that involves Samsung. We should see the results in all their glory this Sunday. The stadium in Inglewood, Los Angeles, will change the “game” experience, also targets at Olympics and FIFA’s World Cup.

“We are excited to introduce the official name for our 70,000 square-foot, dual-sided video board, The Infinity Screen by Samsung. The Infinity Screen creates an absolutely stunning presence inside SoFi Stadium,” said Jason Gannon, managing director, SoFi Stadium and Hollywood Park. “It is powered by the largest graphics control system in the history of sports. It is already synonymous with the next-level fan experience at SoFi Stadium.”

Several months back, in July 2021, Samsung introduced the new technological wonder to the world – The Infinity Screen of SoFi Stadium. It was made in a partnership between Samsung Electronics America and SoFi Stadium. The center-hung videoboard and “state-of-art” Infinity screen arrived with the most LEDs ever used in a sports or entertainment venue but also had the first and only 4K, end-to-end video production in a stadium. During the occasion, Samsung’s Vice President of Display Division, Mark Quiroz, said:

“It’s been a long time coming, but we are so proud to announce The Infinity Screen by Samsung,” said Mark Quiroz, Vice President, Display Division, Samsung Electronics America. “SoFi Stadium is one of the NFL’s crown jewels and it has been a privilege and an honor to work with the team on this project. We are incredibly excited to see fans engage with the Infinity Screen in-person for the first time.”

The process of naming the videoboard at SoFi Stadium took several months of consideration and testing. The team reviewed over a dozen of names that communicated Samsung and SoFi  Stadium’s overall vision. The name Infinity comes from Samsung’s recurring story with bezel-less displays and the videoboard’s unique design. From mobile devices to displays like The Wall, Samsung is known for its infinite displays. The Infinity Screen at SoFi Stadium isn’t an exception.

“SoFi Stadium’s equipment resources could fill an almanac of digital technology. In addition to the central, double-sided 8mm pixel pitch video board named the Infinity Screen, the facility features 16mm LED ribbon boards on five levels, LED wayfinding displays and incredible indoor LED feature walls. In total, there are more than 131 million pixels — comprising nearly 98,000 square feet of LED. More than 2,600 Samsung large format displays comprise the IPTV system. It includes menu boards for food and beverage services, as well as 4K show displays. They will keep fans engaged all around Hollywood Park. And these displays are managed alongside the LED “out-of-house” displays, strategically placed throughout the Hollywood Park campus that surrounds the stadium. Planning a game day package begins several days — even weeks — beforehand. The sponsors, the teams, and the stadium’s in-house staff are all committed to producing the best-quality show for every game.”

As we mentioned before, Samsung’s Infinity Screen targets the future, and not only Super Bowl. The place will also become an important stadium for upcoming events like the Olympics or even the FIFA World Cup. The big screen is positioned 122 feet about the playing field. It offers nearly 80 million pixels spaced 8 millimeters from center to center. Each panel can be uniquely or congruently programmed with statistics, live, and/or animated content. The different sizes of the video panels come to serve spectators in every seat. It will serve those in the sideline to the upper deck. Teams of the sidelines and fans sitting in the lower bowl of the stadium will view the inside of the screen as it sits directly across from their line of view. Meanwhile, guests in the upper bowl will view the outer panels of the videoboard. 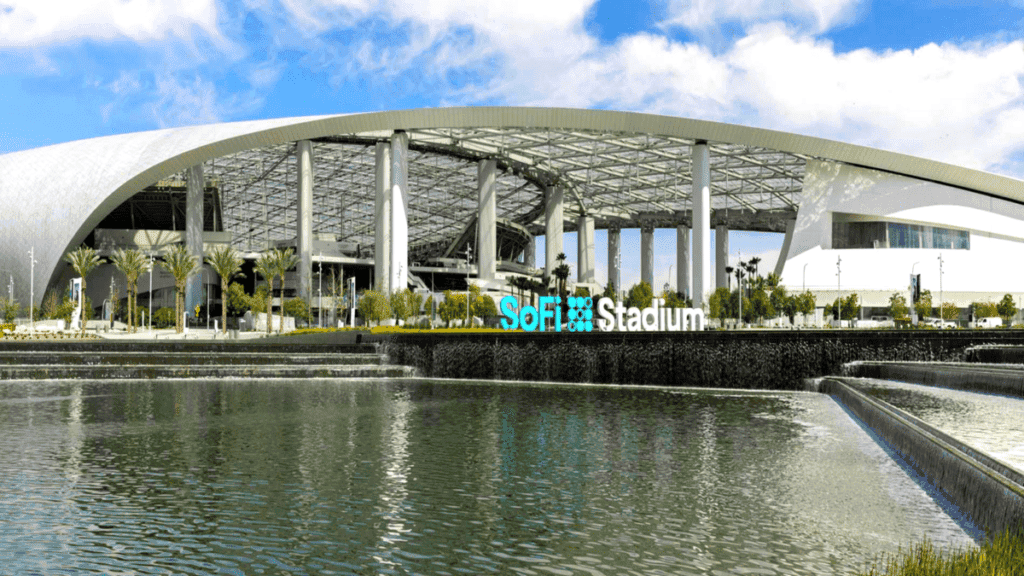 The newest arena is the biggest stadium built in Los Angeles for almost an entire century. The stadium is located in Inglewood and has a total capacity of 72,000 people in American football. SoFi Stadium also sits as one of the most expensive stadiums in the entire story. The cost is around 5 billion dollars.

We are excited to see the results in real-time during this Sunday’s final – The Super Bowl.

What is Adobe Color & How Can It Help Your Photography?

How to watch YouTube videos on your Apple Watch using WatchTube