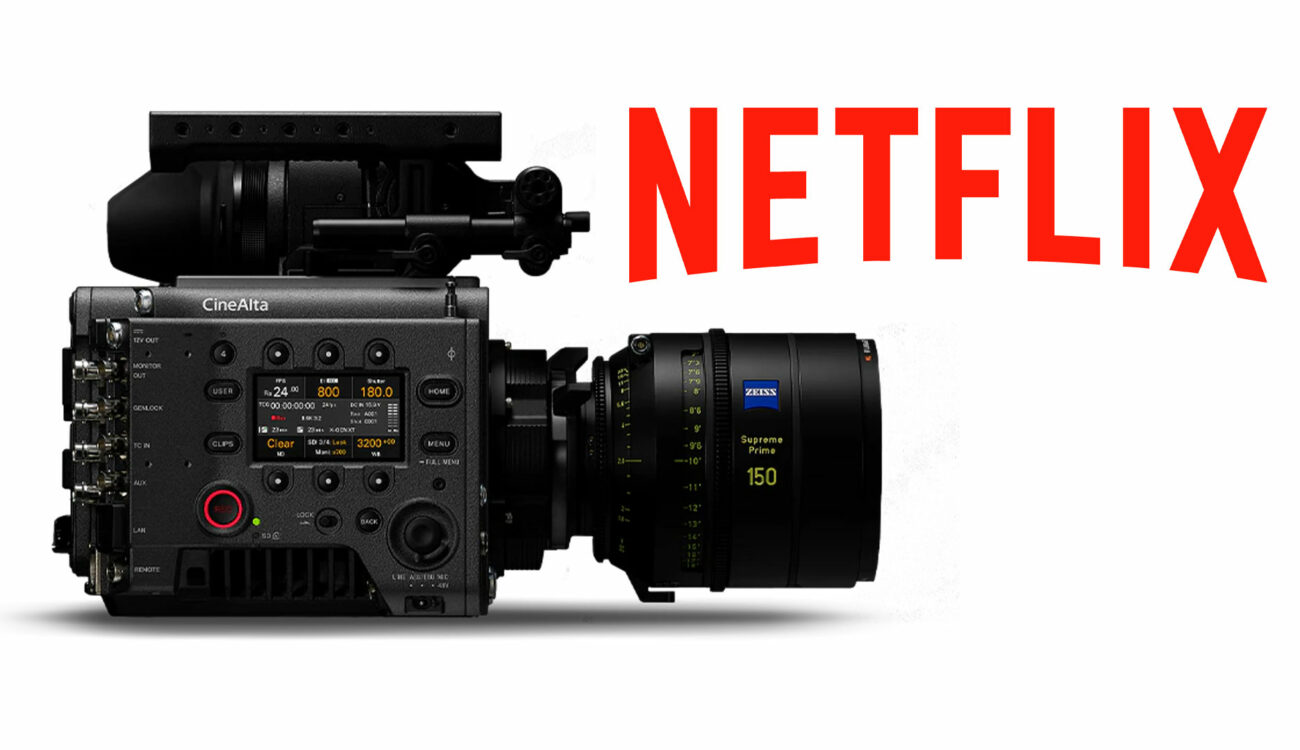 Netflix has just approved Sony’s latest high-end cinema camera, the VENICE 2 8K, and released a camera production guide with the best practices to produce content for Netflix’ 4K Originals shows. So, let’s take a closer look at all the recording formats, resolutions, and picture profiles Netflix advises you to shoot in!

On the footstep of the Panasonic LUMIX BS1H approval, Netflix has just released a camera production guide for the Sony VENICE 2 8K.

This Netflix approval is not surprising at all, since the Sony VENICE 2 8K that was announced in November last year boasts incredible specifications. These include RAW internal recording in up to 8.6K at 30fps, 4K 4444 ProRes internal recording, 16 stops of dynamic range, a Dual Base ISO, eight stops of built-in ND filters and so on.

The Sony VENICE 2 8K has been Netflix-approved if you record internally in RAW in Sony 16-bit X-OCN XT and ST formats. Many resolutions are accepted, but they want you to shoot in S-Gamut3.Cine / S-Log3 or S-Gamut3 / S-Log3 picture profile. These resolutions include:

All these formats are the best the camera can produce. Also, if you want to shoot with anamorphic lenses, you have to shoot in a RAW X-OCN XT/ST/LT format. Indeed, ProRes anamorphic files are desqueezed in-camera by the Sony VENICE 2 and fit within a 4K/UHD container, which Netflix doesn’t approve.

If you don’t want to shoot in RAW, Netflix approved several other 4K ProRes options, including ProRes 4K 422HQ and ProRes 4K 4444. However, you’ll have to shoot in any of the following sensor resolutions:

To me, it makes little sense to shoot with the Sony VENICE 2 in ProRes 4K 4444 with a bitrate of 1.131Mbps or even ProRes 4K 422HQ that has a bitrate of 754Mbps. Indeed, Sony’s X-OCN bitrates are very close to ProRes ones, so the little extra ProRes recording time is probably not worth it.

What do you think about this new Netflix approval? Did you already have the opportunity to shoot with the Sony VENICE 2 8K? Don’t hesitate to let us know in the comments down below!

How to game share on Xbox One, Xbox Series X, & Series S