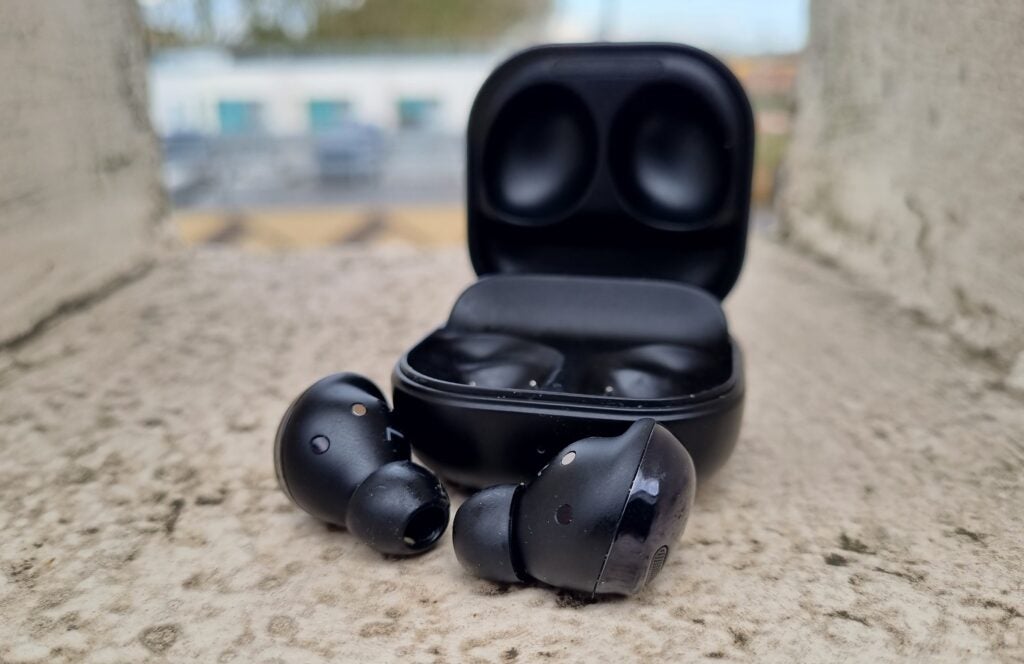 We’re just one day away from Samsung’s next Unpacked event where the Galaxy S22 is expected to be unveiled. Now, we’re hearing the phone could come with an excellent free gift.

It appears as though Polish tech retailer Media Expert accidentally posted its listing for the Galaxy S22 early this year. Sadly, the link has since been taken down, but @TechInsiderBlog managed to archive the page before the mistake was spotted.

The listing included images of the phone, along with a number of key specs and the option to pre-order the phone – with a free gift.

According to the retailer, the Galaxy S22 comes with a pair of Galaxy Buds Pro in the colour Black.

The earbuds don’t come in the box, but the steps to claiming your pair seems relatively straightforward.

Supposedly, all you’ll need to do to take advantage of this deal is pick up the S22 or S22 Plus between February 9 and February 24, activate you device when it arrives and fill in the application form on the Samsung Members application by the specified date.

Then simply attach proof or your pre-order or purchase and wait for approval to see the Galaxy Buds Pro arrive in the mail within 21 days.

This offer also applies to the higher-specced S22 Ultra when you pre-order the phone between February 9 and March 24.

The Galaxy Buds Pro aren’t a cheap pair of earbuds at £219, so their addition would definitely sweeten the deal for anyone considering pre-ordering their next Galaxy phone.

Editor Alastair Stevenson gave the earbuds 4 out of 5 stars in our review, naming them the “best sounding Samsung set I’ve tested since the first-gen Galaxy Buds” and praising their solid noise cancellation, decent mic quality and a robust water-resistant build.

Of course, just because the Galaxy Buds Pro could be included for Polish shoppers, that doesn’t necessarily mean the offer will be available globally.

We’ll have to wait for the S22’s launch tomorrow to find out if this pre-order offer is real and which regions it applies to.