Weekly poll results: Oppo Reno8 Pro+ stands out from the other two


The Oppo Reno8 trio is made mostly out of the same stuff, yet the three models received surprisingly different results in last week’s poll – one did quite well, one got no love and one was somewhere in between.

Of the three, the Oppo Reno8 Pro+ was most people’s favorite. That Dimensity 8100-Max is a big draw and the 10-bit 120Hz AMOLED display promises excellent image quality. But as one commenter says, chipset and display aren’t everything.

Despite having the custom MariSilicon X ISP on board, people were not impressed with the camera setup. The main 50MP camera lacks OIS, the 8MP ultra wide module is too low-resolution and there’s no telephoto lens. 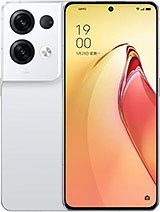 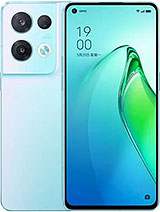 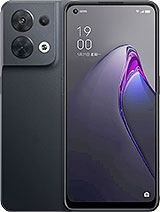 The Oppo Reno8 Pro has the exact same camera hardware (MariSilicon included), but wasn’t as popular – how come? People are not sold on the Snapdragon 7 Gen 1. This is the first phone to feature Qualcomm’s new mid-range chip, so if the chip can prove the naysayers wrong, the Pro phone could rise in popularity.

Then there’s the vanilla Oppo Reno8, which barely has any points on the board. The advantages over the Dimensity 1300 over the old 1200 are unclear and Oppo really skimped on hardware features here – even the basic 8MP ultra wide camera is missing. Considering the prices, the vanilla model faces stiff competition from competing brands (including the cousins from Realme and OnePlus). 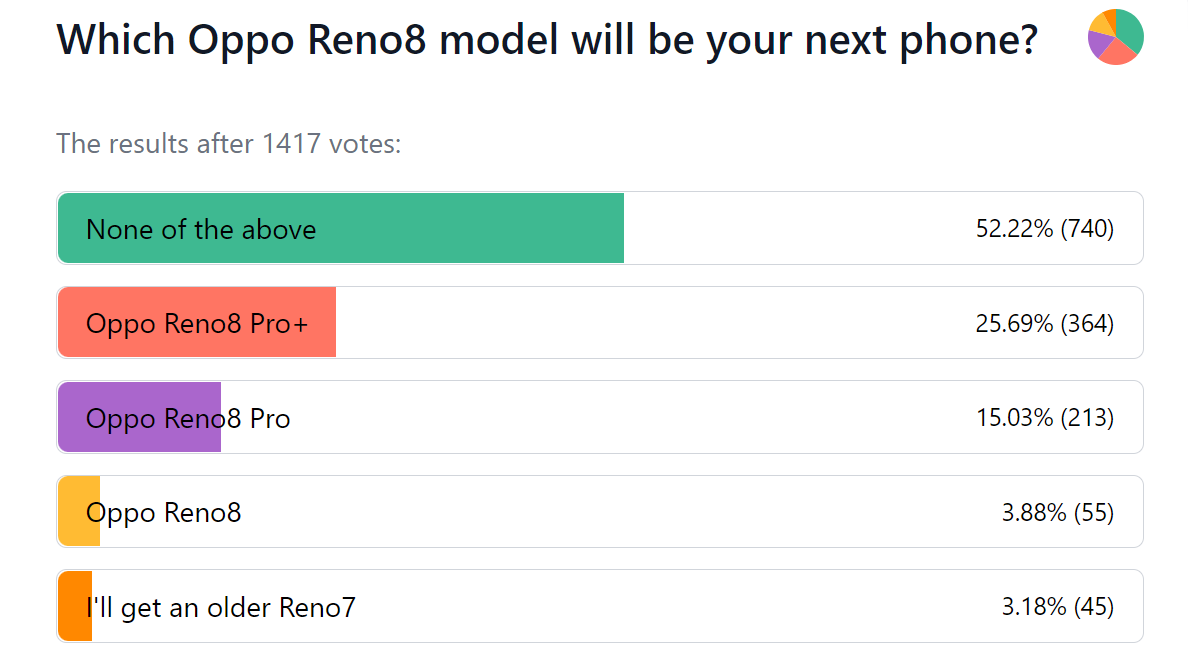 As for the previous generation Reno7, that has fallen out of favor, which is good news for Oppo. These twice-a-year upgrade cycles sometimes lead to the awkward situation of the older model being more desirable. That is not the case with the Reno7 and 8 series.

Even so, the new trio has a lot to prove – as the poll shows, most voters were not convinced that this series has the right phone for them.

Open sales of the Oppo Reno8 Pro+ and Reno8 began in China earlier this week, the Reno8 Pro will be available starting next Saturday. Oppo has not announced an international release yet, but we’re keeping our ear to the ground.