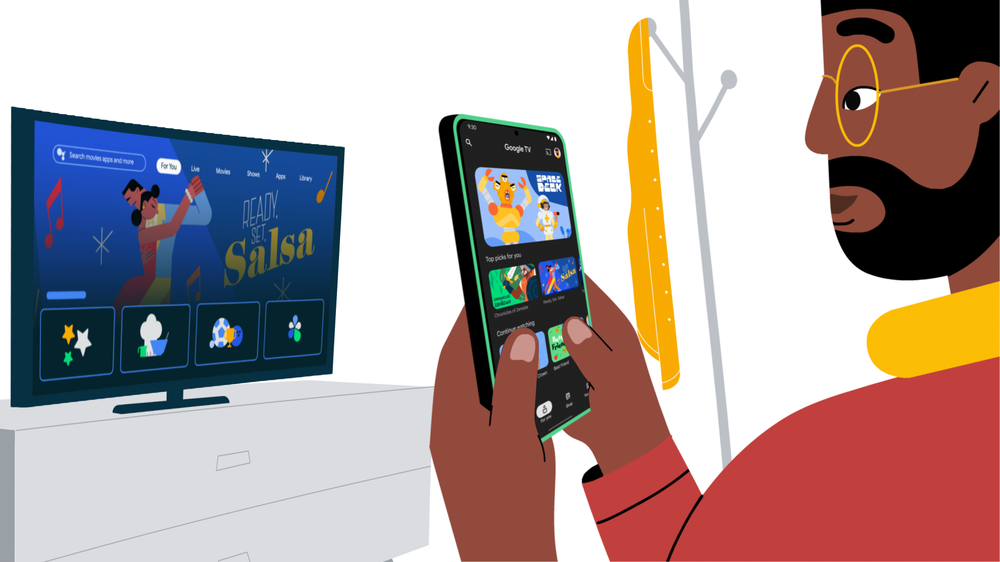 Google has launched a Google TV app for iOS, making it possible for iPhone and iPad owners to use their phone or tablet as a remote control for Google TV or Android TV devices.

The app, which has been available for Android for quite some time, has now been launched for users on the other side of the divide and will replace the outgoing Play Movies & TV app.

The app arrives with a number of useful features for iPhone and iPad users, including the ability to use the Google Assistant to search for content and the phone’s keyboard to type in passwords rather than messing around with the awkward TV remote.

Google/Android TV users will be able to create a single watchlist from within the app that’ll translate directly to your larger TV screen, while there’s also recommendations from across other apps you’ve subscribed to. There’s a highlights tab, a For You tab featuring recommendations, and watchlists from your favourite your favourite actors and actresses.

“Your Watchlist, recommendations and the movies and shows you have previously rented or purchased with your Google account go with you, whether that’s out the front door or just to the other room, so you can watch wherever you want,” the company writes in a blog post on Wednesday.

Now iPhone users will be able to research what they want to watch on their Google TV/Android TV, on their way home from work.